Alleged poker cheat Bryn Kenney has been accused of trying to buy his way to a cleaner public image by offering up a $10,000 WSOP Main Event seat 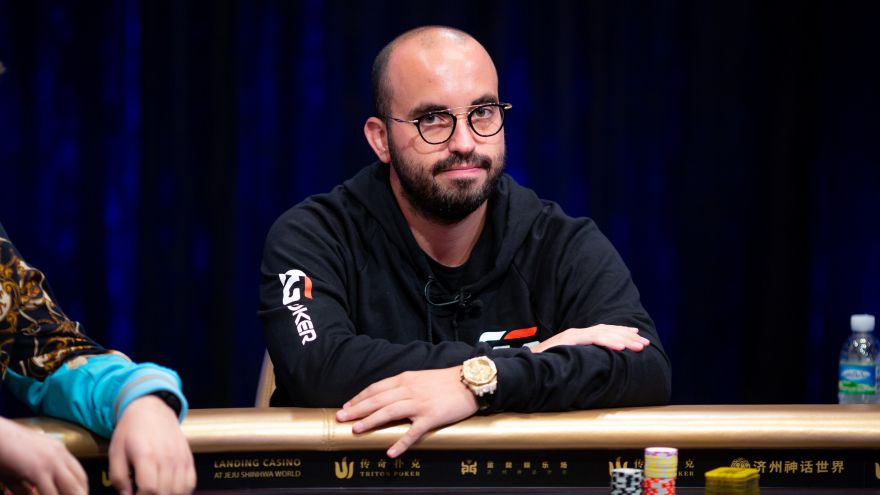 Alleged poker cheat Bryn Kenney has been accused of trying to buy his way to a cleaner public image by offering up a $10,000 WSOP Main Event seat in an online giveaway, a huge row erupting on Twitter over the offer ...

(1/2) There will always be people that’ll find something negative about anything. I think it’s a great thing that @BrynKenney is adding a @WSOP Main Event seat to the giveaway, regardless of what he might have or have not done in the past. This extra

That tweet by Nadya Magnus, a Florida-based, Russian-born pro who funds seats for women in various high-profile poker events, sparked a backlash by those who are still reeling from the Kenney ghosting and multi-accounting scandal of the past few weeks.


Matt Berkey was one of those who found the idea of Kenney funding a giveaway in poor taste, a cheap way for the all-time tournament money winner to gloss over his alleged illicit online poker activities...

I could get behind this messaging if Bryn had been left anonymous. But as it stands this is a cheap method of him using your platform to repair his image. Think of the seat winner and the potential moral quandary they stand to face if they are aware of how the money was sourced

Kenney, who initially denied all the allegations made against him by his former “horse”, Martin Zamani, later admitted to possible occasional wrongdoing. He wasn’t best pleased with the way the Twitter debate was going...

Somehow my image with everyone at the highest stakes of people who have been around for a long time is not affected. Many cheating allegations but no truth to any cheating or proof. A few possible ghosting in a 15 year career, when I look in the mirror I’m happy with who I am

The row erupted after Kenney offered to add a second seat to Magnus’ WSOP giveaway, her largesse designed to raise the profile of women in the game.

That’s absolutely great! Thank you so very much! I’m assuming it’ll be a seat for a woman? Would you like to pick a winner yourself or be a part of the contest that I’m going to run? https://t.co/FxpCAAmC3C

Given the recent, highly-publicised, allegations against Kenney, however, it was guaranteed to result in open warfare – English pros Toby Lewis and Luke Schwartz in opposite corners.


Toby Lewis tweeted to Kenney: “You really are a horrible POS,” with Schwartz white-knighting his beleaguered boss, replying: “Shut your mouth, Toby.”


Magnus, who has $1.4million in live cashes herself and whose Twitter feed claims to be “drama free”, had even turned to the bible to justify her acceptance of Kenney’s offer.


“Maybe even more good can come out of this. Maybe someone else will give away another seat (with or without me), who knows. I will never turn away a person who wants to help. “He that is without sin among you, let him first cast a stone at her.”

Not everyone was so forgiving, however, a selection of Twitter replies below:


@NadyaKGB what do you expect?

It's great a seat is being given away but the optics are HORRIBLE.

With Alex Foxen having outed Ali Imsirovic as a cheat, and Jake Schindler named soon afterwards, Martin Zamani decided it was time to reveal all about Bryn Kenney.


Kenney was accused of running his poker stable in cult-like fashion, allegedly forcing players to follow his lifestyle or run the risk of being dropped.


In addition, Zamani claimed that Kenney not only allowed, but encouraged his horses to multi-account and ghost/be ghosted by other players when running deep in tournaments.


With Zamani offering up multiple screenshots of conversations to back his claims, Kenney sought to refute those allegations by doing an interview with PokerNews’ Sarah Herring.


That turned into something of a trainwreck as his long-standing friend, Herring, was generally considered to have failed to push Kenney hard enough on the alleged misconduct.


If Kenney thought he had escaped the worst of it, Zamani had another surprise in store for the New Yorker, raising the stakes with a 21-minute video worth of screenshots from another of Kenney’s horses, George Wolff.


Those appeared to show quite clearly that Kenney was aware of and conducted various nefarious activities, PokerNews redeeming itself with an excellent deep dig into the evidence.

“This article does a great job of dissecting 21 mins (2+ years) of texts. The general conclusion:

This is a SINGLE text log, there's a lot we don't know.”


Kenney’s response was part-denial, part-admission: “He alleged I ran a ghosting stable, this is one instance if these messages are real of me telling 1 person to help another person ... This doesn’t show anything of me ghosting, plus I said on the podcast that I have helped people before in the past on very minimal occasions."

Meanwhile, Nadya Magnus has shown no signs yet of declining the WSOP Main Event seat offer from Kenney, though it’s clear there will be more to come in this emerging story.