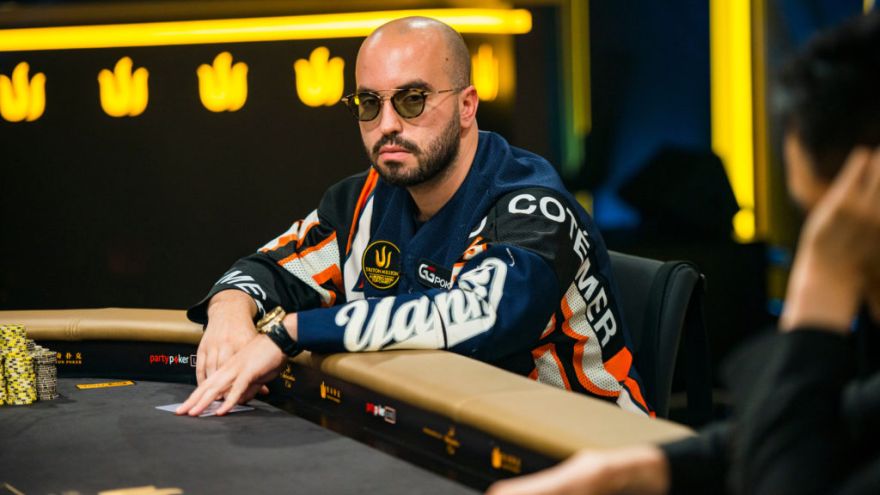 A PokerNews interview with alleged poker cheat Bryn Kenney backfired when he was faced with an old friend who was unable to push him on the serious accusations of ghosting, collusion and other charges.

That's fair. Just wanted to be transparent & honest. Interviewing people is usually something I LOVE but I knew this would be ugly no matter what. Tried to ease into the more difficult subjects as I would any interview & genuinely tried to ask the questions. https://t.co/ohV3n7ghYo

What should have been a hard-hitting interview to get to the bottom of the accusations levelled by Martin Zamani and Lauren Roberts in recent days became a “softball” encounter for Kenney after he insisted that Sarah “AuntyChardonnay” Herring conduct proceedings.

Chad Holloway, PokerNews’ US Executive editor explained on Twitter why that wasn’t an option:
“Bryn was not interested in speaking with anyone other than Sarah, with who he agreed to do an interview. There weren't any other options for us (aside from not doing it).”

The allegations against Kenney are serious, however, and the poker community were looking forward to hearing some answers, but instead were treated to more than an hour of mostly self-serving guff, allowed to ramble for 5 minutes at a time in some spots.

Kenney did claim he has never used Real Time Assistance, which he wasn’t accused of anyway, and stated “I have no interest in staking anyone if it’s not themselves playing,” as an answer to the ghosting and collusion allegations.

When quizzed on whether or not he could see Zamani’s screen, another claim by his former horse, Kenney described it as “one of the craziest things I’ve ever heard in my life and has absolutely zero truth to it.”

With Herring then asking why he has Teamviewer, as seen in screenshots, Kenney’s answers went from the ridiculous to evasive, claiming “it’s just something that pops up when you turn on your screen.”

Kenney adds: “The people who do business with me know that I don’t even have the time...to coach them, let alone do anything untold [untoward] in that regard.”


As to the Lauren Roberts accusations that Kenney had ghosted her, even winning a tournament for her in her absence, the stable boss simply deflected, Thomas Keeling coming up with his usual humorous take on things...

Questions were raised, or ought to have been, when Kenney claimed to have no financial incentive in Lauren Roberts.
He states: “Lauren can’t say that I had any piece of her at any point...I had no financial gain....in doing anything...,” then adds: “The thing is, Lauren never actually paid the money that she lost, she still owes me a huge amount of money...,” before trailing off.

You can judge for yourself whether he covers that in his longer response, and what he was willing to reveal about his departure from GGPoker, as well as the bizarre accusations of shamans and frog poison!

What is certain is that the fallout from the cheating allegations will continue to rumble on and we will bring you the most interesting news as it happens.