The Bryn Kenney cheating scandal has exploded again this week 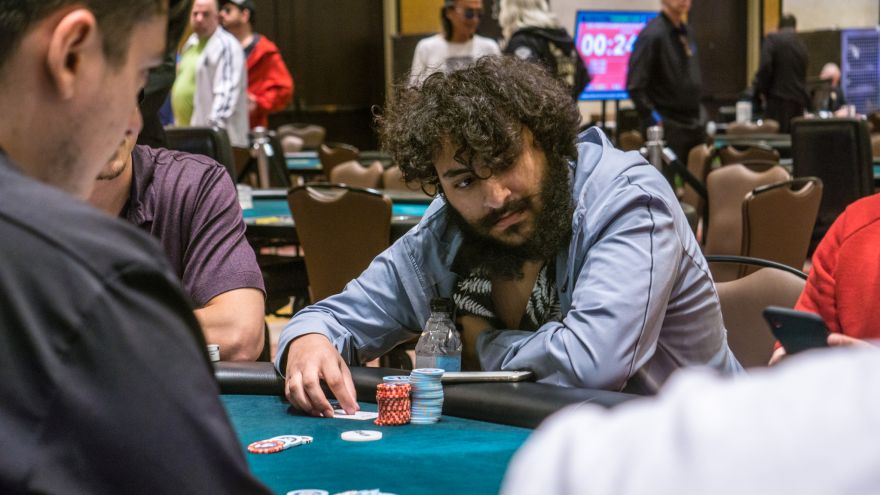 The Bryn Kenney cheating scandal has exploded again this week after Martin Zamani posted screenshots that refute Kenney’s denials or, at the very least, prove he was liberal with the truth.

Here are receipts disproving somethings @BrynKenney said on the @PokerNews interview with @AuntyChardonnay who was the only person he was willing to be interviewed by. BK saying to “help” Klout in 500 Bi on gg. BK knew CSM being ghosted. BK set up ghost stars under fish. pic.twitter.com/wacG0szOfw

Last week, PokerNews obtained and authenticated thousands of messages from the Telegram app between Bryn Kenney and American pro George Wolff. Initially, the other player was anonymous but Wolff was later outed by Zamani in a now-deleted tweet. Wolff also verified the authenticity of the Telegram exchange.

The thousands of messages span a three-year period and confirm that at least some of Martin Zamani’s allegations are true which some of the poker community found unacceptable given the seriousness of the accusations.

Zamani claimed he “strong-armed” Wolff into providing him with a video showing the entire exchange but added that he didn’t want to cause any trouble for the American, such as getting him banned from any sites.

Whatever Zamani thought about Wolff, he clearly changed his mind temporarily as he soon revealed who his source was.

Since @PokerNews was willing to be the megaphone for @BrynKenney to denounce all allegations, is it reasonable for us to hold them to the expectation of providing follow up now that there's more evidence against Bryn? https://t.co/a6BZWnP5uQ

With all this in mind, it was time for PokerNews to review the facts given the criticism over its “soft” interview, and this is exactly what happened.

This article does a great job of dissecting 21 mins (2+ years) of texts. The general conclusion:
-no evidence of RTA
-Evidence of ghosting
-Some evidence of MA
-No evidence of Satty collusion
-Bryn lied a lot in the interview
This is a SINGLE text log, there's a lot we don't know https://t.co/4aWAGgvpoD

The first clarification we see is that Kenney appears to acknowledge that he was aware of ghosting in his stable in both the form of assisting another player while playing and also simply using another’s account.

This is one of the most harmful forms of cheating in the world of high-stakes poker where obtaining accurate reads can be the difference between profit and disaster. Having opponents believe they have them when they don’t is a sure-fire way to a huge advantage.

PokerNews immediately connected Bryn Kenney for a response to Martin Zamani’s Twitter post and was given a reply full of more denial and a claim that this new information doesn’t amount to any proof.

"This is someone who has tried to blackmail me, scammed me for money and has tried to recruit people to get dirt on me so he could use it against me for money. It’s a guy with dirt for a reputation, has been involved in multiple scams and been arrested for assault on a handicapped person. He’s bitter I dropped him and has been trying to get dirt on me since then not being able to find much of anything."

"Martin got cut out cuz he was harassing Scott margerson in the Aussie main event, was being super rude to people all over and I took a 350k loss in makeup to drop him which shoulda been sooner, and he still owes me 70k he borrowed off me. And he’s bitter I dropped him and has been trying to get dirt on me since then not being able to find much of anything."

“I don’t think this is really any 'proof', he’s claimed rta, collusion, and ghosting. What does this pic show even if true that I asked one horse to help a player 1 time? Or that 2 guys I stake were in the same place once and one was helping the other, unprovoked by me …”

“He alleged I ran a ghosting stable, this is one instance if these messages are real of me telling 1 person to help another person ... This doesn’t show anything of me ghosting, plus I said on the podcast that I have helped people before in the past on very minimal occasions."

PokerNews specifically asked Kenney to clarify what was meant by the message asking Wolff to help a player named “klout” if he wasn’t too busy with his own tables but received no reply.

Martin Zamani has spoken out to clarify that because he never had any hard proof of his allegations against Bryn Kenney he always aimed to lure him into a series of denials so he could later discredit him with circumstantial evidence.

“I didn’t have proof of how hard I colluded in satellites but I needed him to deny some things so I could discredit him so people knew that he’s a liar and not believe him.”

He added that Kenney’s plans to build a poker site of his own was the final straw given what he knew and he was determined to let investors see who they were getting into bed with.

To end with, we are more than curious about what the industry reaction will be to this ongoing cheating scandal that involves more players than just Bryn Kenney.

ali n jakr never appeared in the event. rumor is they where told they are not welcome and not allowed to play... dunno how much truth to rumor but thats word on the street

Eagle-eyed railbirds at the EPT Monte Carlo spotted that Kenney’s fellow accused Jake Schindler and Ali Imsirovic were missing, allegedly being told they were not welcome in the $50,000 super high roller by PokerStars.

There is also a rumour that the prestigious Triton Series might be looking to implement similar bans.

But for now, it’s all rumours and hearsay but at least we won’t have long to wait before finding out what the real story is.