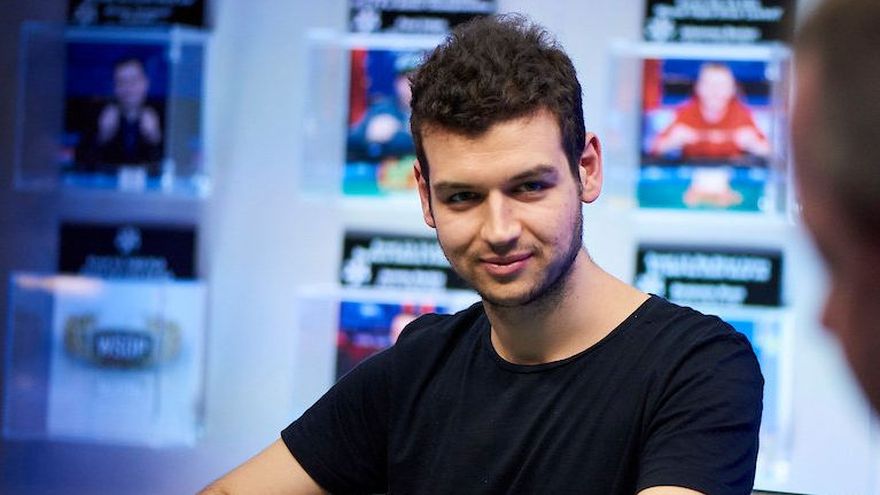 By the time the 266-entry field had been whittled down to a final table, Addamo held a chip lead that he would not relinquish until a brief heads-up setback required a fightback.

Before that, the action had been fast and furious, Addamo setting the pace with the first KO when he cracked the aces of “TheRayGuy”...

All the chips went in the flop and when the board bricked...

Another big showdown revealed who would turn out to be Addamo’s main rival for the SuperMillion$ title, with Brazil’s Pablo Silva making his move...

Silva would also account for Orpen Kisacikoglu, the Turkish pro getting his money in good with a bigger ace only for Silva to turn the pair that would send him to the rail in 6th for a $141,395 payout.

With the blinds and antes rising inexorably, the remaining five players were quickly whittled down, the best hand failing to hold up as both “JukeZonYou” and “spaise411” fell by the wayside.

Austria’s Mario Mosboeck had to settle for third place and a none-too-shabby $399,926 when he ran into Silva’s big slick, and barely 90 minutes after starting the final table was down to heads-up play.

The final hand when it came was a classic affair, this time Addamo holding the ace-king and all the chips going in pre-flop...

That turn card had given Addamo his record-breaking 5th GGPoker super Million$ title and taken his earnings from the event to more than $3.5million.

Addamo appears to be starting 2022 in the same incredible form he ended 2021, when 6 live tournament victories in the space of three months brought him more than $9million in prizemoney.

That heater – accounting for more than half his lifetime live earnings of over $17.7million –included the Super High Roller Bowl title worth $3.4million, as well as $million+ scoops of the $50k and $100k SHRs at the WSOP.