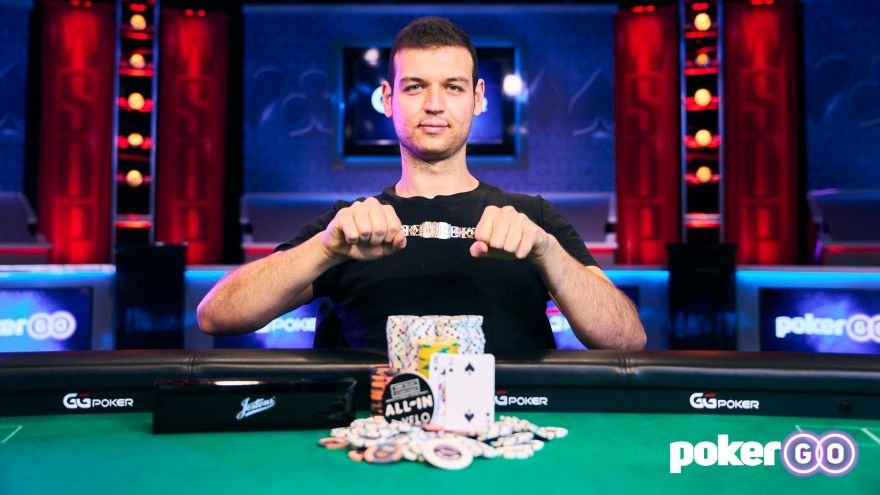 Michael Addamo emerged victorious in Event#87: $100,000 High Roller No-Limit Hold 'em after defeating Kevin Rabichow heads-up and earned a whopping $1,958,569 for his victory. The event attracted 64 entrants, generating a total prize pool of $6,400,000 and concludes the 2021 World Series of Poker in its final year at Rio All-Suite Hotel and Casino.

Addamo currently has four bracelets in his illustrious career, and this victory earned him his second bracelet at the 2021 WSOP. He won the first one after he triumphed in the $50,000 High Roller 8 handed tournament early in this series.

Addamo had a great year in 2021, dominating high roller events. He has won five events with a buy-in of $50,000 or more, one second-place result, and two third-place finishes. Addamo's outstanding year has netted nearly $9.5 million in live tournament profits, bringing his total career earnings to $17,722,094.

Addamo had a commanding chip lead entering the final day of play over the remaining five players and was in a prime position to seal the deal. He had 19,260,000 chips, while the other four players had a total of 18,780,000 chips.

Henrick Hecklen was the first player to be eliminated in fifth place, this was after his Q♥J♦ ran into Soverel's K♥3♦ and the board ran out J♠5♦K♣10♦8♦ gave Soverel the top pair.

Sean Perry was the next in line busting in fourth place after his 6♥6♠ clashed with Kevin Rabichow 8♥8♦ on an 8♣J♦10♦A♥Q♦ board and Rabichow won with a set.

Sam Soverel tournament life came to an end in third place after jamming with A♥10♦ and running into Addamo's A♠J♦ and the board came J♠J♣10♥K♠2♣ giving Addamo a winning hand with a three of a kind.

After Soverel's elimination, a heads-up battle between Addamo and Rabichow began. Addamo was the favourite with almost all the chips. It did not take long before Addamo was the crowned champion this was after Rabichow called Addamo's raise with A♠6♥ and was up against Addamo's K♣2♠ and the board ran out 2♥5♥5♦Q♠7♥, and Addamo won the hand and the tournament with the bottom pair.