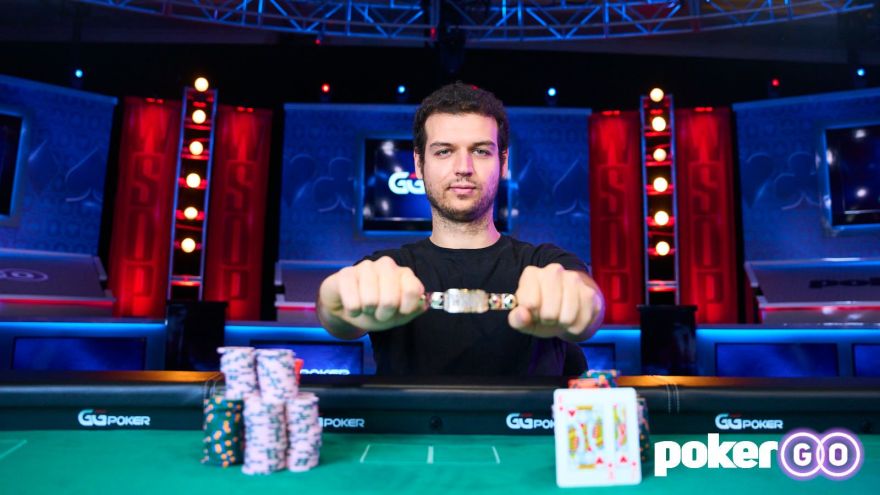 This amazing run for Addamo is now comparable to what Fedor Holz experienced in 2016, and even eclipses Justin Bonomo’s 2019 charge. And it’s not even over!

It’s clear that this run is far more than pure run good. Addamo has raised his live game to unprecedented heights, which should have his opponents thinking twice before tangling with him.

His last six cashes all came in high-roller events and include four wins with second and third place near misses. Amazing, to say the least. This latest victory also gave him the much-coveted third WSOP bracelet and entry into a very exclusive club of only 112 players.


Up Against the Best

It’s quite fitting that this first result at the WSOP 2021 came after defeating Justin Bonomo heads-up. The American is one of the elite within the elite; a real candidate for strongest tournament player around. To seal victory when up against this guy is always a great achievement.

The heads-up battle saw advantage swap sides frequently, with Addamo ending up in trouble after an ace-high hero call went wrong. Staring at a possible defeat, the Aussie knuckled down and regained the chip lead purely by outgrinding Bonomo in small pots.

The victory came in with a fairly standard KJ vs T9 all-in in a four-bet pot. Addamo’s KJ rivered a straight and the win was his.

Speaking after his win, Addamo was modest enough to appreciate how well he has been running since he arrived in Las Vegas. And he also admitted that having so much respect from his peers is starting to put pressure on him.

"Obviously there's some skill involved, but winning this much is really attributed to luck in the end, so it's very fortunate. I play a strategy where I put a lot of big bets in. That's no secret. Sometimes you're going to be out in the first level and sometimes you're gonna build up a big stack. It does put some pressure on me. If you sort of internalize and believe that, you can become complacent. I try to just stay humble and not to let it get to my head and keep working and studying."

Just how much more can Michael Addamo win before the year is over? We recently said that he’s the man to watch right now and he continues to prove that in every event he enters.