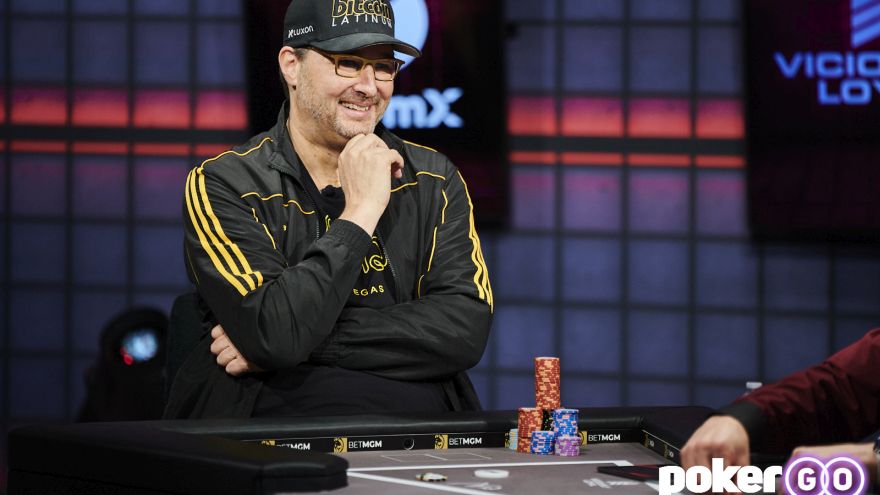 The big High Stakes Duel rematch between Phil Hellmuth and Scott Seiver is on! Hellmuth revealed that his opponent is willing to put up the $800k required to make their $1.6million heads-up battle the biggest of the series yet!

Hellmuth is 9-1 so far in the SNG-style heads-up matches played out in the PokerGO studio at the Aria, and he’s set to walk off with a whopping $1.6million if he wins, having already pocketed a total of $700k from Antonio Esfandiari and Daniel Negreanu.

The Poker Brat won both of those matches 3-0, before defeating Fox Sports host Nick Wright in the $50k per head opening rubber of High Stakes Duel III.

Wright was unwilling to fork out $100k for a rematch, so that honour went to Tom Dwan, but although he managed to defeat Hellmuth in their opening bout, he lost the rematch.

With Dwan running into a “scheduling conflict” that scuppered his chances of playing a decider, Scott Seiver stepped into the breach and gave Hellmuth a tough time, although he eventually lost.

The deciding hand was a bit of a cooler, and there was little to choose between the two players over the course of the marathon match.

When the flop came...

...Hellmuth check-raised Seiver and called the shove that followed. There was to be no escape for Seiver this time, the board bricking...

“Scott absolutely did not give it to me. He was just tough, and that’s what I was expecting,” said Hellmuth afterwards, adding: “He’s one of the greatest players in the world and also one of the best of his generation. He’s won a fortune playing at Bellagio, and he’s just a great big-bet player.”

Hellmuth’s “Poker Brat” alter ego has been on show in some of the High Stakes Duel match-ups, but against Seiver he mostly kept it in check.


“Some of the guys have been mean to me, some have lied to me, and some have been brutal to me. Sure, I get my digs in too, but Scott handled himself well. I didn’t pull too much ‘Poker Brat’ out on him, and he knows how to handle it.”

The monster $1.6million rematch pot will be sure to attract poker’s viewing masses, the high-end PokerGO productions making for enjoyable televised poker.

The dates will be set for some time after the WSOP, with both Seiver and Hellmuth making the headlines this week, and for vastly different reasons.

While Phil has been sitting out a lot due to stomach and Covid issues, Seiver has won a bracelet and spewed a ludicrous 43 buy-ins on the $1k Flip&Go tournament, without making it to the money!