“There will be trash talk before and during 100%,” says Seiver as he was announced as Dwan’s late replacement for HSD III round 4 against Hellmuth 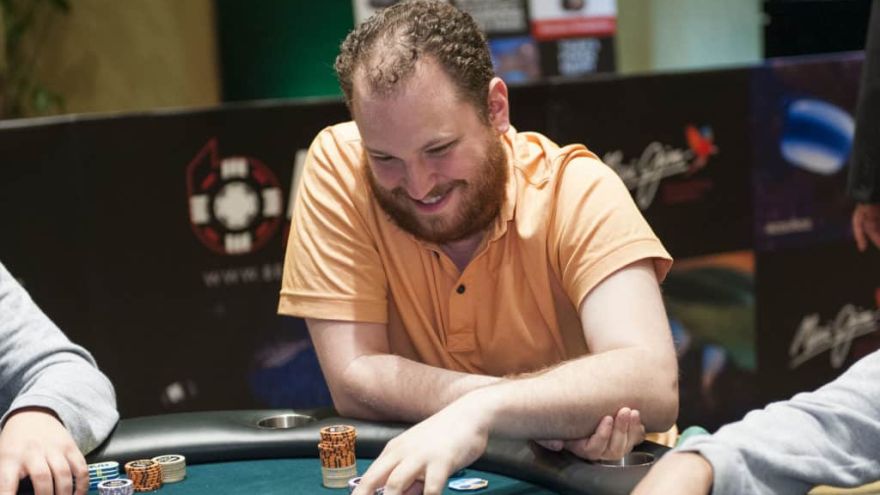 “There will be trash talk before and during 100%,” says Scott Seiver as he was announced as Tom Dwan’s late replacement for High Stakes Duel III round 4 against Phil Hellmuth – $800,000 on the line as the pair prepare to do battle this coming Tuesday...

BREAKING: Does @scott_seiver have what it takes to silence @phil_hellmuth on High Stakes Duel?

The stage is set for an epic $800,000 showdown, read all about it here:https://t.co/yJXIXfteUb pic.twitter.com/k2ujSl1Aqa

Poker fans were all set for a decider between the Poker Brat and “Durrrr” after they went head-to-head twice this year, Dwan taking the first match and cracking Hellmuth’s perfect record before big Phil struck back to level the score.

Unfortunately, Dwan seems to have somehow run into a “scheduling conflict” – some say the conflict is with his bank manager – and is unable to play as planned.

Various names were mooted as a replacement for Dwan, most notably Hellmuth’s most recent bête noire, Eric Persson, with whom he clashed at the PGT Heads-Up showdown.

However, it is 3-time WSOP bracelet winner, Seiver, who will step up to the plate and he is looking forward to the chance to topple Hellmuth.

“This program has been a must-watch event each episode so far and I wanted an opportunity to be a part of the action and hopefully add my own mark on it,” Seiver told PokerGO.

Seiver will have his work cut out for him as Hellmuth has proved close to untouchable at the SNG format of High Stakes Duel, whitewashing both Antonio Esfandiari and Daniel Negreanu 3-0, then taking the scalp of TV sports host, Nick Wright, before he fell to Dwan.

That blip, as we know, was avenged in round 3, and Seiver is well aware of what he will face.

“It is impossible to not respect Phil Hellmuth’s poker game because the results speak for themselves, however, where his talent lies is probably most misunderstood by the general public as opposed to those with a more nuanced view,” Seiver said of his rival.

“His game is speech play, but he is one of the best in the world at it,” admitted Seiver, adding: “There will be trash talk before and during 100%.”

One of the most exciting aspects of the PokerGO HSD show is that the stakes double each round, which could see a potential $12.8million on the table if a match reached the ultimate round 8 showdown.

With Seiver entering at the round 4 stage this week, and Hellmuth only having a “one-win streak” so far, it means that win or lose, the pair can agree to an $800k per head rematch.

“I’m not really thinking about losing, but I expect to rematch if it happens,” Seiver said. “And you would have to ask him if he would rematch, not me.”

So far, Hellmuth has been rather quiet on his latest opponent, only managing a retweet of the announcement...

The full match will be broadcast exclusively on PokerGO.com on Tuesday, May 17, at 8 p.m. ET (5 p.m. PT) and poker fans can watch the first hour of the battle for free on the PokerGO YouTube channel.

As always, we’ll bring you the best of the action – and the expected trash talking and showmanship – right here on HighStakesDB!