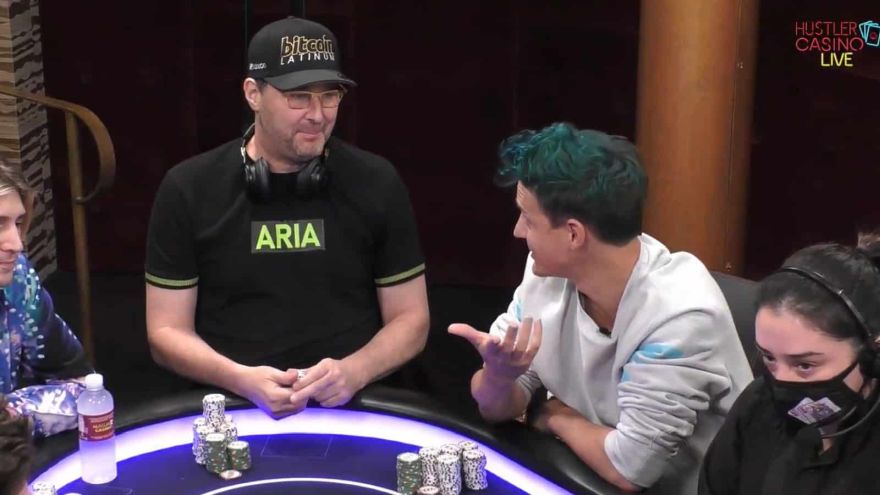 Phil Hellmuth has agreed to make things right after being accused of angleshooting on the Hustler Casino Live show this week, a long list of the Poker Brat’s bad behaviour making its way from poker Reddit to poker Twitter...

Oh boy, a list if everything I did wrong last night. Super glad that they didn’t include the last month or two! https://t.co/ufnrbHiAKb

Hellmuth faced the angleshooting accusations after appearing to muck his hand during a star-studded and livestreamed $100/$200 cash game, the majority of his opponents complete or relative newbies to poker.

In a hand with Twitch Poker streamer, Slime, an amateur, Phil found himself facing an all-in on the flop. What happened next shocked not only the commentators and fellow players, but the poker community watching at home...including Daniel Negreanu.

Here is the full clip of the hand.

This one is gonna get talked about.

Not so sure I would call it “a really good deal for you” https://t.co/BW6dsTtZ4B

Incredibly, not only did Phil appear to fold, but Slime wasn’t even given the chance to see the hand play out – which when they did a rabbit hunt would have given him a full house and the $80k pot.

Polk himself was quick to do a special YouTube video on Hellmuth’s behaviour during the livestreamed cash game from the Hustler casino.

Meanwhile, Hellmuth was refuting the angleshooting accusations, claiming that the camera didn’t show him sliding the cards towards Tom Dwan for his old friend and foe to have a look.

Hellmuth explained to Joey Ingram in a mid-game interview: “Basically, Dwan said ‘Let me see what you’re looking at,” ... I threw him my cards... it was pretty standard and normal...I didn’t do anything wrong at all.”


Poker Twitter wasn’t kind to Phil in the aftermath, some of the comments below among those suitable for family reading:

By the time poker Twitter had ravaged Hellmuth over this hand and other bad behaviour, the Poker Brat came to his senses somewhat and accepted he may have been out of line.

I agree w this take @BartHanson. I think chopping the pot would have been the classiest move, and not accepting $5,000. It happened so fast, I just asked what was fair and went w it. I guess I’ll give @slime_machine $5,000 plus 1/2 of the pot…I Should have done this on stream! https://t.co/5fQW5SOAun

Meanwhile, the player wronged in the incident, Slime, came late to the Twitter spat to reveal he didn’t feel he’d been angleshot, but wouldn’t mind the offer of a deal...with Hellmuth snap-calling his way out of a tight social media spot...

It’s a deal @slime_machine! @BartHanson is right, @scott_seiver is partially right (however, Scott is always mean to me even though he loves me), and my bestie @Chamath weighed in and told me I missed a good opportunity to give you a rebate. $9,000 coming your way! #POSITIVITY https://t.co/L8J5fJcWSn

Controversy aside, and there’s usually plenty of it with Hellmuth in the game, the night’s bug winner was chess streamer and now poker acolyte, Alexandra Botez.

If big Phil hasn’t scared the youngsters off with his antics, there may yet be a huge boost to the game on its way by including the TwitchTV and YouTube amateurs in the televised games.