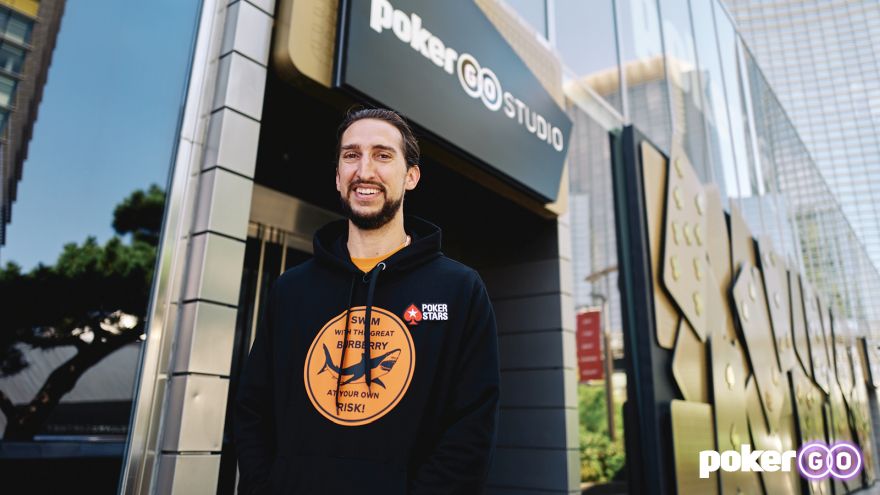 Fox Sports host Nick Wright has revealed he WON’T be re-challenging Phil Hellmuth in High Stakes Duel III, claiming that although he thinks he can win, he “can’t justify to my wonderful wife and kids laying out another $100,000.”

That’s what it would cost the 36-year-old tv and radio personality to take his seat for a rematch with the Poker Brat, their first battle last week seeing a brutal flush-over-flush dashing Wright’s hopes of being the first man to defeat Phil in the format.

Wright took to twitter to reveal his decision and the thinking behind it, revealing: “To be totally candid, I’m still not really over the loss – not because I got unlucky or anything, Phil deserved to win – but because I feel like I blew it with some really poor play in the middle…

He added: “I don’t know if it was fatigue, lack of experience or whatever, but I had a plan, I was executing it, I strayed from it, and I almost recovered and thought I had recovered in that final flush-over-flush hand, but…such is life.”

Having lost that initial $50k – with Phil now at 7-0 and now with $750k in his hip pocket thanks to 3-0 wins over Antonio Esfandiari and Daniel Negreanu – Wright revealed that a rematch wasn’t going to happen.

“For the PokerGO community and subscribers that were excited to see Phil versus Ivey or Phil versus Dwan – and I’m one of them – I don’t know who his next opponent will be but unfortunately it won’t be me.”

Wright himself was very much a surprise opponent when he was announced as Phil’s next challenger, the public expecting Tom Dwan to play, given that he claimed to have been bumped out of the way by Daniel Negreanu.

However, the thought of laying out $100k to get his revenge was one of the main factors in his decision.

Wright stated: “I do hope to face Phil again in this format…or a very similar one…but I can’t justify to my wonderful wife and kids laying out another $100,000 to take on one of the greatest players in the world – even though I really think I can beat him, and I should have beat him.

He does hope to meet Hellmuth across the felt again, however: “But, I wish Phil luck, huge thanks to everyone at PokerGO, I hope to be on Poker After Dark here very soon, and hopefully I can maybe get a little bit of …vindication…if Hellmuth is there for one of those.

“But, I can’t re-challenge, someone else is gonna have to do it, so I have to bow out after round one.”

If you missed it, you can watch how Wright and Hellmuth kicked off their match in the PokerGO studio at the Aria in Vegas below…

Meanwhile, Twitter was alight with messages praising Wright for putting up a great show…

Meanwhile, Hellmuth himself has some kind words for his latest heads-up victim…

…though no word as yet about who will be next to step up to face Phil’s “White Magic” in HighStakesDuel IV. When we know here at HighStakesdb, we’ll be sure to pass it on!