Josh Arieh is the 2021 WSOP Player of the Year 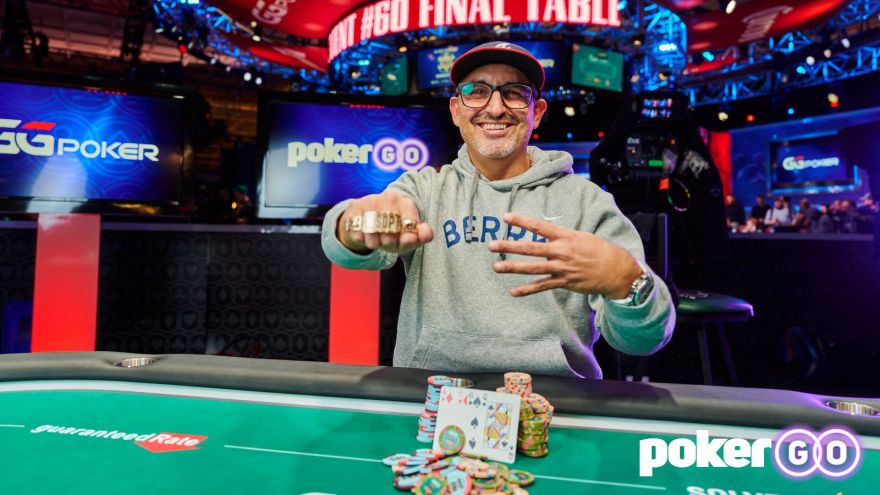 Josh Arieh took the prestigious World Series of Poker Player of the Year title yesterday as a dramatic finish to the leaderboard saw Phil Hellmuth narrowly miss out on a last gasp victory that would have seen him overtake his rival, although he was among the first to congratulate Arieh...

Congrats @golferjosh on winning @WSOP “Player of the Year,” you won two bracelets, made several final tables and CRUSHED it. If I had to finish second in POY, I’m happy that it was to a class guy, a nice guy, and a great player #POSITIVITY pic.twitter.com/UWLvhe62oD

The leaderboard race is always a hotly-anticipated, fiercely-contested and, occasionally, contentious part of the WSOP, and this year was no exception.

Three weeks ago, it was the “Poker Brat” version of Hellmuth who was complaining about the Player of the Year set-up, tweeting:

Over the intervening weeks, the complexion of the race changed entirely as Arieh surged to the top of the leaderboard, doubling his gold bracelet total to four with wins in the $1,500 Pot Limit Omaha and the $10,000 Pot Limit Omaha Hi-Lo 8 or Better.

Those were Arieh’s first bracelets since 2005, with his first coming way back in 1999, and it put him in pole position as the 2021 Series drew to an exciting finish.

Arieh and Hellmuth both made the final table of event 84, the $50k PLO High Roller – a star-studded bracelet tournament that also featured Daniel Negreanu, Jeremy Ausmus, Ben Lamb and Laszlo Bujtas among the contenders.

When Arieh fell in 7th spot, it left the way open for Hellmuth to topple him, but only a win would do. Unfortunately for Phil, there was the no-small matter of Jeremy Ausmus in the way, bagging his 3rd bracelet and denying Hellmuth his 17th.

There was, however, one last hope for Hellmuth...

Look who came to my table to keep an eye on me! @golferjosh tells me that I can finish 1st OR 2nd (more room than I thought) to win “WSOP Player of the Year!” Josh is first in points right now, he has another 200 or so points that haven’t been marked online yet… #POSITIVITY pic.twitter.com/xXLq97K8tZ

...but when Phil fell in 62nd spot it was all over and the 2021 Player of the Year title was Josh Arieh’s to celebrate!

Man! What a day pic.twitter.com/7rU0PelkVv

Arieh certainly earned his POY win and the $15k that goes with it, with 12 cashes, 5 final tables and two bracelets.

Hellmuth has to be content with yet another runner-up spot, tweeting:

“Second again, sigh…I officially finished 2nd in @WSOP “Player of the Year” for FOURTH time. I’m feeling really down. I’m aware that I had a really good WSOP, but only 1 bracelet…I’m aware that second place 4x in POY is a testament. But, I can’t see the forest through the trees.”

The past ten winners of the WSOP player of the year race are: