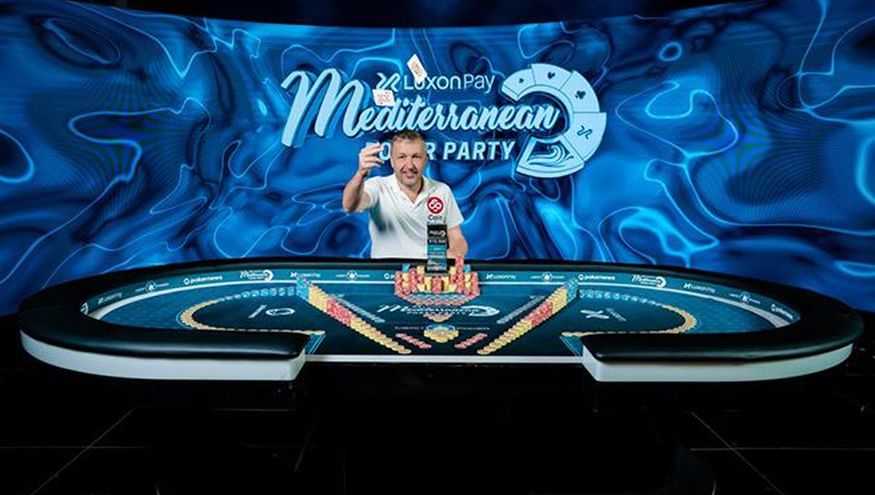 Antanas “Tony G” Guoga saw off some of the biggest names in the poker world to bag the Luxon Pay Mediterranean Poker Party (MPP) $10k High Roller, scooping $257,500 after a heads-up deal...

The Lithuanian former poker pro and politician was among 149 entries to the first of several big buy-in events taking place at the Merit Royal casino in North Cyprus.

The $1,490,000 prize pool paid out 22 places, and day two of three saw the field quickly whittled down to just six, with the likes of Phil Ivey, Erik Seidel, Patrik Antonius, and ACR duo Phil Nagy and Ebony Kenney all falling before the money.

The bubble bust when Tony G finished off Vladislav Ivanov...

That rivered full house made up somewhat for Guoga busting on the bubble in the Main Event, and guaranteed the remaining players a $20k cash.

By the end of the day, Guoga was joined by highstakes MTT beasts Stephen Chidwick, Kahle Burns and Danny Tang, with Alex Peffly and Andrea Ricci also in the mix.

Danny Tang was the big stack, but nobody was really deep when the final table began, and after Burns exited in 6th spot, Tang followed in 5th for an $80k payday.

After Chidwick and Ricci fell, it was heads-up between Guoga and Peffly, a deal struck that saw the $100k difference between first and second reduced to just $10k, Guoga celebrating as he took down the win.

“Nice victory this time. Champagne for the casino. Cyprus is a lucky place,” wrote Guoga later on Facebook, adding the classic: “Managed to knock out five Russians along the path to victory.”

That, of course, was a nod to his epic destruction of Ralph Perry, as well as a nod to him being banned from Russia after speaking out against Putin...

Guoga added: “In the final table knocked out the great Australian K Burns. Chidwick and Danny Tang were tough opponents. Ultimately it's a confidence builder that I can still compete after so many years away from the circuit.”