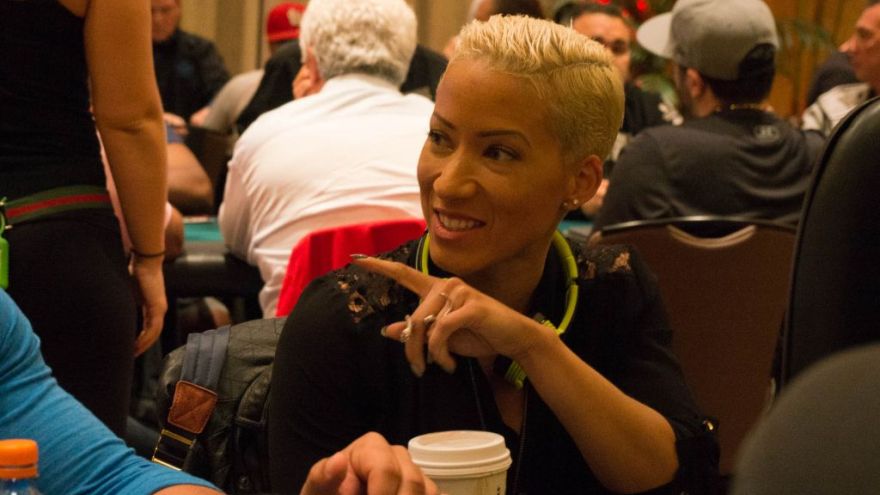 ACR duo Nagy and Kenney will be up against some formidable opposition in the invitational event that sees rich amateurs inviting the pro of their choice.

The tournament is unique in that it separates the amateurs from the pros for the initial 8 levels, after which a redraw will see the numbers of each group balanced out.

The two-person teams will be kept separate until the last two tables, meaning, as with the other pairs, Nagy can’t knock Kenney out before that stage, or vice versa.

ACR founder and CEO Nagy told reporters: “Ebony is a refreshing and unique personality who brings such joy and spirit to the table. I think she’s great for the game. Her passion and fearlessness make her competitive in any tournament, so I’m thrilled to give her a Super High Roller shot.”

Kenney is a well-known pro and poker personality, who joined ACR as a sponsored pro in late-2020 and plays under the screen-name “CinnamonPardy” but has never played anything close to a $200k buy-in tournament before. She said of her Coin Rivet Invitational opportunity: “To say that I am beyond excited and grateful to Phil would be a complete understatement.”

“My journey with ACR over the past few years has been filled with so many amazing experiences, but in no way, shape, or form could it have prepared me for anything like this.”

Kenney added: “It’s not every day I get to play poker with the best players in the world. It feels surreal and I plan on taking in every moment.”

The format has been seen before, with the £1million Triton Helping Hand for Charity event in 2019, won by businessman Aaron Zhang ahead of Bryn Kenney, the latter taking the biggest cut off the heads-up deal, some $20,537,187.

There is no sign yet of Ebony’s namesake on the Coin Rivet Invitational starting roster, but many of the world’s leading highstakes pros will be there.

Michael Addamo is paired with Ivan Leow, Jason Koon has been invited by Sosia Jiang, Fedor Holz will appear alongside David Einhorn, while Antanas “Tony G” Guoga has Laszlo Bujtas as his pro partner.

Check the full list below to see if your favourite pro or rich rec player is among them! (amateur/invited pro):

The Triton Coin Rivet Invitational kicks off on September 10th at the Merit Royal Diamond in Kyrenia, North Cyprus and will be accompanied by other events, with ACR boss Nagy looking for some advice on how to play live...

Can an amateur win it again? Will Kenney pull off an upset against the highroller regs? We’ll be bringing you all the best of the action from the highstakes tournament so make sure you tune in to find out!