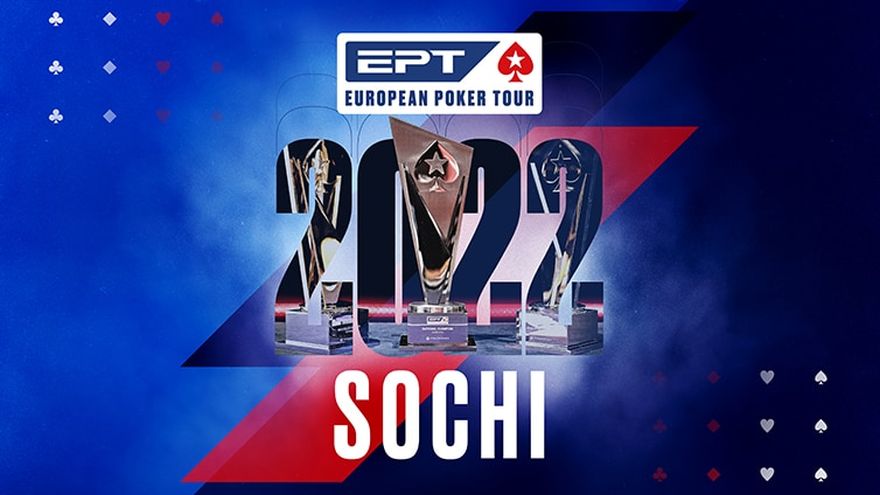 PokerStars have cancelled EPT Sochi in response to an outcry over hosting the event following the Russian invasion of Ukraine, which has seen thousands killed, towns and cities destroyed, and millions displaced.

Originally scheduled for March 18th to 27th, it was pushed back to October 1st to 10th, but a statement this week finally announced its cancellation.

“PokerStars can confirm that EPT Sochi has been cancelled. An event will not be held in Sochi until such time that it is safe for staff and players, and appropriate to do so. Qualifiers can contact live@pokerstarslive.com with any queries.

The brief statement concluded, “We are continuing to monitor the situation closely and are taking all appropriate actions to ensure we remain in compliance with all applicable laws and sanctions.”

Dutch pro Joris Ruijs had publicly called for a boycott of EPT events unless PokerStars made a decision to take the EPT Sochi event off the calendar due to the invasion of Ukraine.

The PokerStarsLive website has yet to catch up with their own announcement, however, with EPT Sochi still advertised with its revised October 2022 dates... 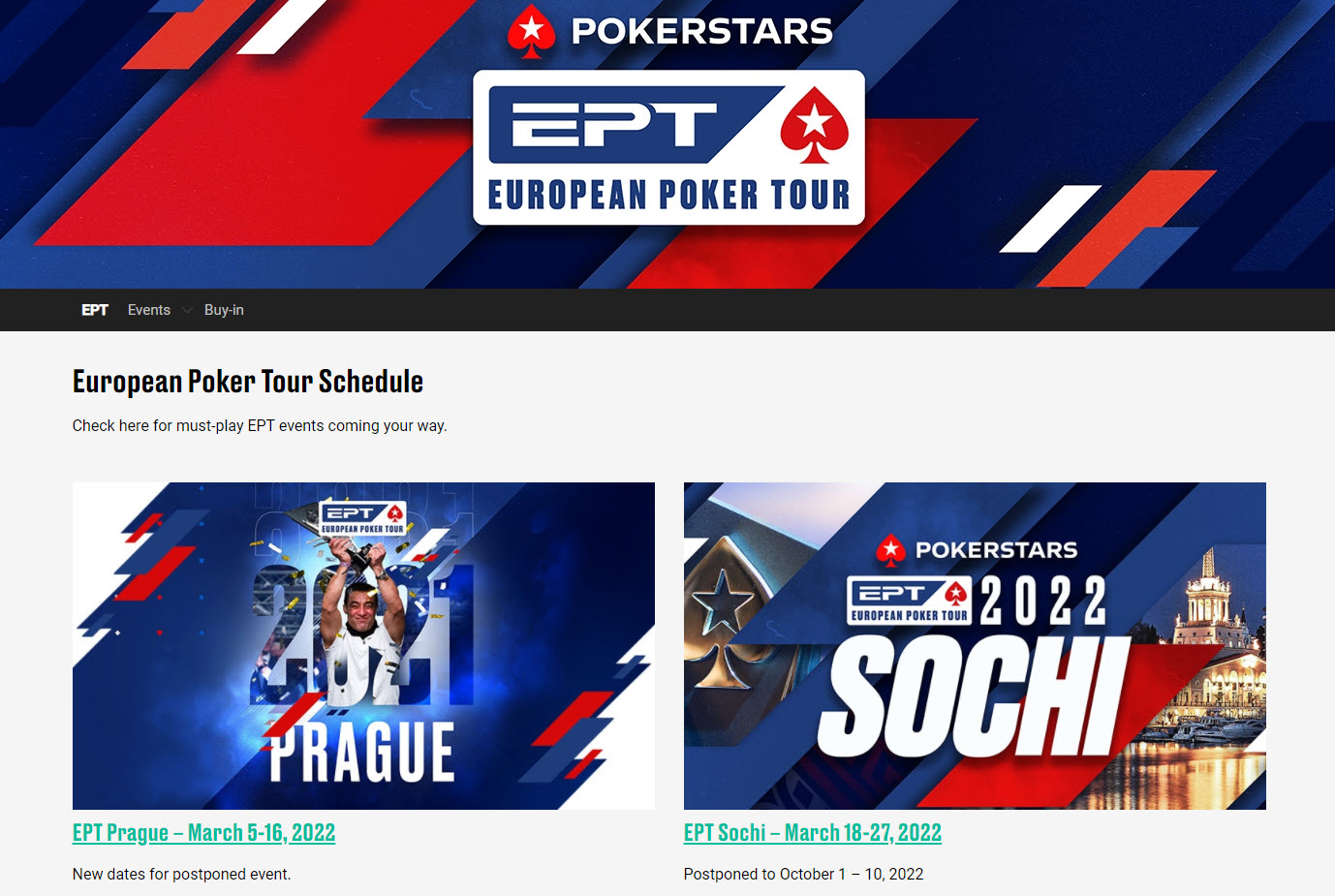 The poker community has been heavily involved in efforts to help the cause of Ukrainians suffering from the massive military invasion, with legendary Lithuanian pro Antanas “Tony G” Guoga at the forefront.

Guoga, who famously publicly criticised Vladimir Putin and was blacklisted for doing so, tweeted: “It’s time for everyone to help the people of Ukraine. My resort is open to those families that are seeking refuge. The first family just arrived today. Let’s all think of ways we can help. If you have people that need help please contact info@tonyresort.lt.”

He followed this up with an appeal for his charitable foundation, promising every cent would go towards helping “Ukrainians seeking asylum escape the hell of war....”

1/3 Through my charitable foundation fund, I seek to help Ukrainians seeking asylum escape the hell of war and settle safely in Lithuania. I promise that every euro will be used for the benefit of the Ukrainian people. You can find the details to donate in a form convenient…. pic.twitter.com/eiAoxOuWBN

The tale of how Ukraine-born former poker pro, Eugene Katchalov, escaped the Ukrainian capital, Kyiv, as Russian forces advanced on the city, was played out on Twitter.

Ukraine’s all-time tournament money-winner, now heavily involved in eSports as the co-founder of Team QLash, shared his dangerous evacuation by car with his wife and friends to the Hungarian border.

Once in safety, Katchalov continued to use his Twitter feed to keep the horrific situation in Ukraine front and centre...

“To all of the biggest online poker providers and organizers of major tournament series! We write to you on behalf of our poker friends from Ukraine who, unable to follow their passion, are instead forced to fight for their life and independence due to unspeakable act of unprovoked aggression and cruelty from Russia.

The poster, known only as “AllinAgainstRussia”, continued: “We expect all sanctions to be active at least until the last Russian soldier leaves the Ukrainian territory and all of Ukrainians will be safe and free in their own country.”