Belgium’s Pieter Aerts has gone from bubble-boy to champion by taking down the $1,472,000 top prize in event 3 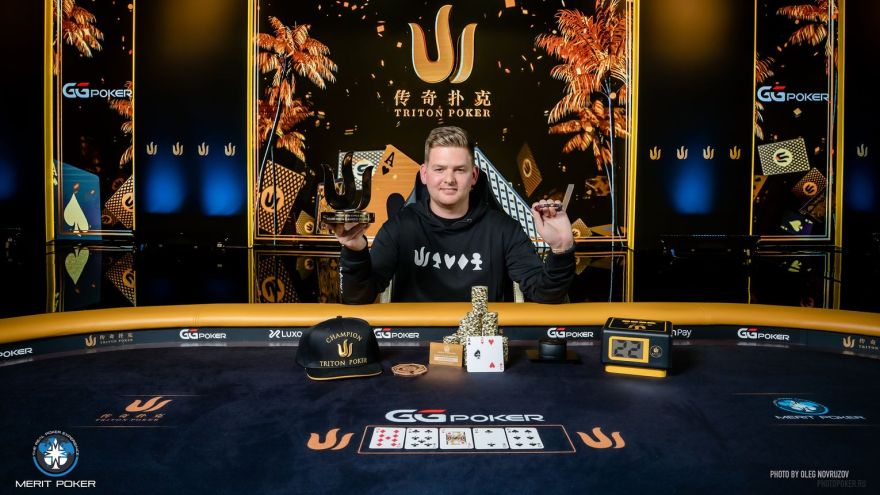 Belgium’s Pieter Aerts has gone from bubble-boy to champion by taking down the $1,472,000 top prize in event 3 of the Triton Poker SHR series in northern Cyprus...

Aerts had fallen just short of the money in event 2, won by Ben Tollerene, and entered the $50k buy-in, NLHE 6-handed hoping for a better result.

One of 117 entries from 72 unique players, Aerts was chasing a chunk of the $3,698,100 prizepool, the stacked field including Ike Haxton, Jason Koon, Fedor Holz and numerous other highstakes legends of the game.

The 36 players who survived day one were first chopped down to the 17 paid spots, Fedor Holz issuing a double-whammy to Vladi Choulov to determine Triton’s latest bubble-boy.

Ike Haxton was next to bust, the flop bringing the dreaded ace...

Eibinger himself wouldn’t progress any further in the hunt for triton glory, falling in 5th to Tollerene, and then it was Tollerene’s turn to depart when Aerts outdrew him. The US pro added another $535,000 to his Triton tally, a win and a 4th spot in just three events.

Thailand’s Kannapong Thanarattrakul was on his 3rd cash from three events, adding a 3rd place to his 7th and 10th spot finishes earlier in the week.

That left Aerts and Grafton to battle it out heads-up for the title, and when the end came it was brutal for the Englishman...

“Obviously, I feel very, very good,” Aerts said afterwards, revealing he had a flight booked home, cancelling it when he made the final table. “I got luck to be in this position, but I guess that’s always the case.”

“These events are top notch. It’s been such a good experience. It’s something I hope all poker players can have. I want to thank everyone who was railing me at home.”

Aerts, who had less than $400k on his Hendon Mob before yesterday’s event, is now looking for a businessman to invite him to the $200k buy-in Coin Rivet Invitational that kicks off this weekend.