Chris Brewer saw off the likes of Tom Dwan, Rob Yong and Mike Watson to bag the first of the Triton Madrid Series Short-Deck events 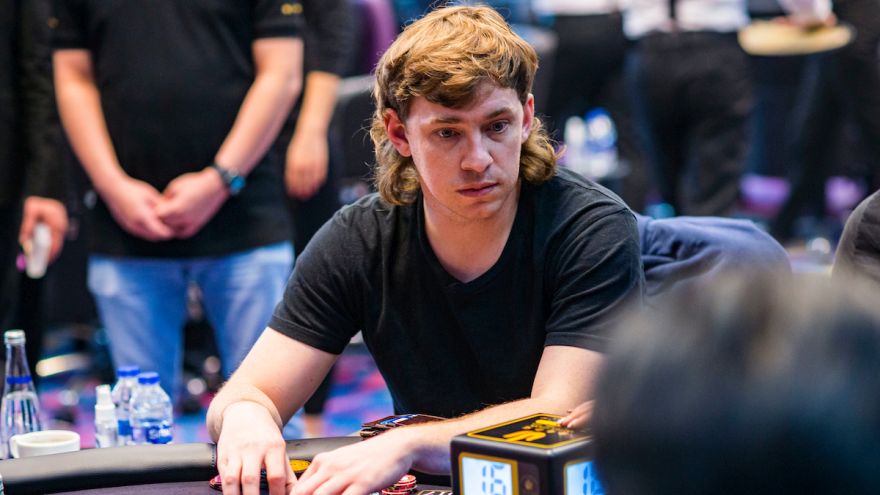 Chris Brewer saw off the likes of Tom Dwan, Rob Yong and Mike Watson to bag the first of the Triton Madrid Series Short-Deck events, a €372k cash taking the young US pro past the $5million lifetime earnings milestone…

Brewer, who recently had to defend himself against cheating allegations in the fallout from the Imsirovic/Schindler scandal, was among 62 entries to the €20k buy-in, 36-card tournament.

After a quick day one, the money bubble burst when Choon Tong Siow hit the rail, and soon the final table of seven men was set, with Brewer joined by Canadian crusher Mike Watson, Malaysia’s Webster Lim, China’s Devan Tang and English duo Rob Yong and Max Silver, though the latter now boasts the Irish flag .

The final member of that group, Tom Dwan, had pulled out of his High Stakes Duel rematch with Phil Hellmuth to play in Madrid, his spot taken by Scott Seiver.

Dwan’s hopes of a big win in Spain ran into a cooler, his short-stack shove with pocket tens running not one but two bigger pairs, Yong folding his jacks when Mike Watson came over the top...

Aces and errors and quads and aces!

There was drama to come when Rob Yong mistakenly showed his aces when calling what he thought was an all-in from Brewer, but the American had actually left 1/3rd of his stack behind.

“It was a super awful situation,” Brewer explained afterwards, adding: “I think it was an innocent mistake. I don’t think anyone did anything wrong. But it was very uncomfortable. It worked out in my favour but it’s not something I want to have happen again.”

Yong made quads, Brewer was still in, and aces would reappear twice to see off both Devon Tang and Webster Lim, with Max Silver bagging 4th spot for €131,500.

Things went from bad to worse for Yong, the Dusk Til Dawn casino owner eventually falling in 3rd, although he knew he’d been a fortunate man to reach that spot.

Heads-up was one-way traffic mostly, as Brewer clawed back a big chip deficit and eventually wore Watson down, taking most of the big pots to secure victory.

“It’s really fun to compete with a lot of great players, and to get lucky and win is great,” Brewer told PokerGo commentator Ali Nejad at the end of play.

The Triton Madrid SHR Series continues with event 5, and we’ll bring you all the best of the action tomorrow, as well as an explanation of why there is no event 4!