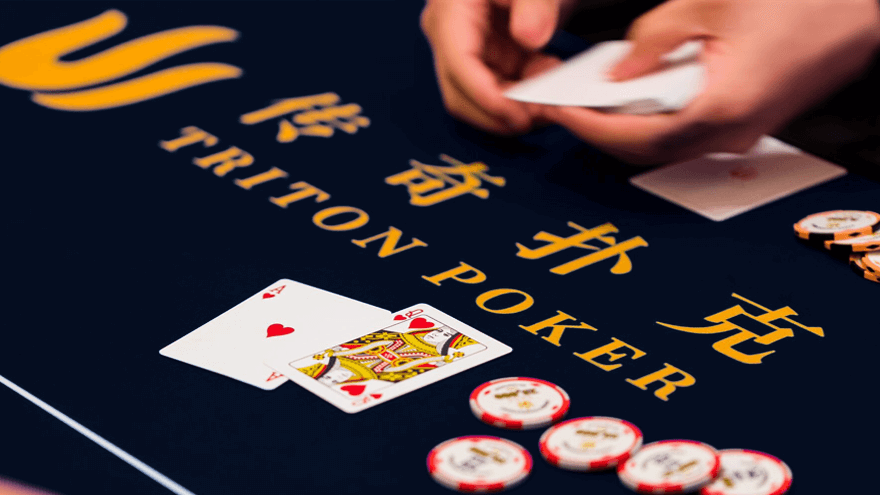 The event took place in the Turkish area of Cyprus, which is home to the Merit Casino. Phil Ivey, Daniel "Jungleman" Cates, Ferdinand Putra, Paul Phua, Michael Watson, Elton Tsang, and Danny Tang were the players at the table in the inaugural episode.

Many of the names will be familiar to those who followed Triton streams, notably Paul Phua, who is always present wherever they play high-stakes short deck games.

Short-deck (also called six-plus hold 'em) is a different version of classic Texas hold'em that follows the same rules as regular Texas hold'em but with a notable difference.

Aces are played either as high or as fives, and the hand rankings are modified to account for changes in the frequency of hands. Instead of blinds, each player posts an ante ($1,000 in this game), and the button posts an additional ante that serves as a straddle.

Consequently, the game has significantly lower pre-flop edges, resulting in looser play. That implies some pretty enormous pots in a game when players are sitting with $100,000-$150,000 deep.

Phil Ivey retired for the night after only half an hour of play. He had a tournament the following day, and he needed to be fresh and clean for it. His performance was good enough to warrant some advertising material, but not much more.

Ivey lost roughly $10,000 in this event. In a game where Jungleman tripled up within 45 minutes, that's about as close to break-even as you can go.

In the commentary section, Randy "nanonoko" Lew briefed the audience on short deck strategies while some of the top players in the world battled with affluent amateurs.

The action contained some sparks of ingenuity that make low-stakes broadcasts, and poker-boom-era nose bleeds stakes poker so entertaining to watch. Even though short-deck simulations were still in their infancy, the table was laden with dead money.

However, Jungleman did spend a lot of time at the bottom of the tank holding his breath. After they played the first hand, Tsang joked that they would require a tournament shot clock.