Phil Ivey was back to winning ways at the Triton Poker Cyprus series this week, taking down the $75k Short Deck event 3 for a monster $1,170,000 payday 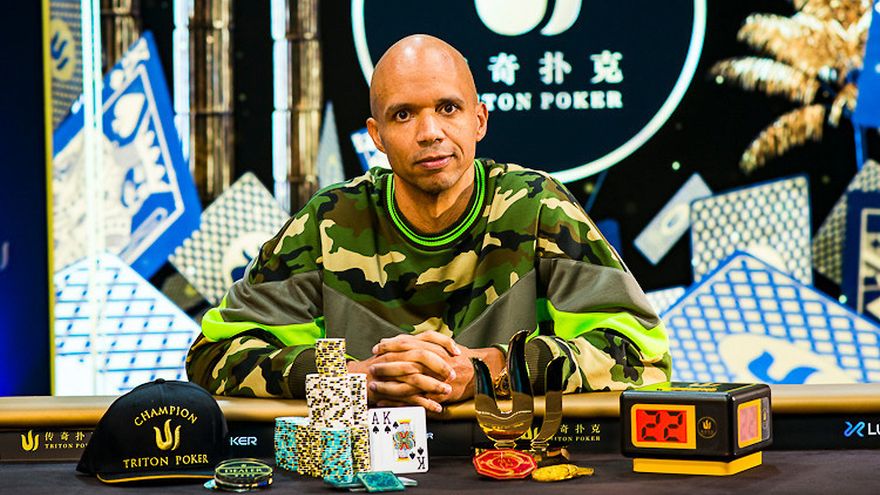 Phil Ivey was back to winning ways at the Triton Poker Cyprus series this week, taking down the $75k Short Deck event 3 for a monster $1,170,000 payday!

👀 Watch the #TritonCyprus2022 $75k Short Deck winning hand as the goat @PhilIvey 🇺🇸 took down a field of 51 entries to claim USD $1.17million!

The poker legend has previously proved his skill at the 36-card variant in which the 2s,3s, 4s, and 5s are all taken out of the deck, leading to a high-octane version of poker where big hands clash much more often.

The Triton Poker highroller series’ are the main chance for fans of highstakes tournament Short Deck to ply their trade and the first of two such tournaments saw 51 entries, producing a $3,706,500 prizepool.

Stephen Chidwick, Ali Imsirovic, Sam Greenwood and Triton co-founder Paul Phua were all eliminated on day one, and 11 players returned to fight for 7 paid spots on day two.

Ouch for the @junglemandan 🇺🇸 😭
Dan is knocked out in 10th following a disgusting hand vs @SirWatts 🇨🇦 in the $75k Short Deck event!

The bubble burst when Phil Ivey KO’d Wai Kin Yong, son of the other Triton Poker co-founder, Richard Yong, and that guaranteed everyone a healthy $194,500 payday, although Richard himself would soon fall in 6th spot.

Another Triton-connected player, brand ambassador Jason Koon, lost out on his chance of the title when Phil Ivey out flopped him...

...sending Koon out in 5th spot for $315,000. Elton Tsang departed next, and then Mike Watson found himself in serious trouble against Ivey...

That $375k cash was another Short Deck event, the tournament won by none other than Phil Ivey. Lee was unable to reverse the trend yesterday and when Ivey adopted the hand that Koon lost out with, it was all over...

Ivey is also still in the mix in event 5, another $75k buy-in Short Deck event, and the final one of the series. There is no event 4 as that number is considered the most unlucky of all in China and adopted in other eastern countries, as it closely resembles the word for “death”.