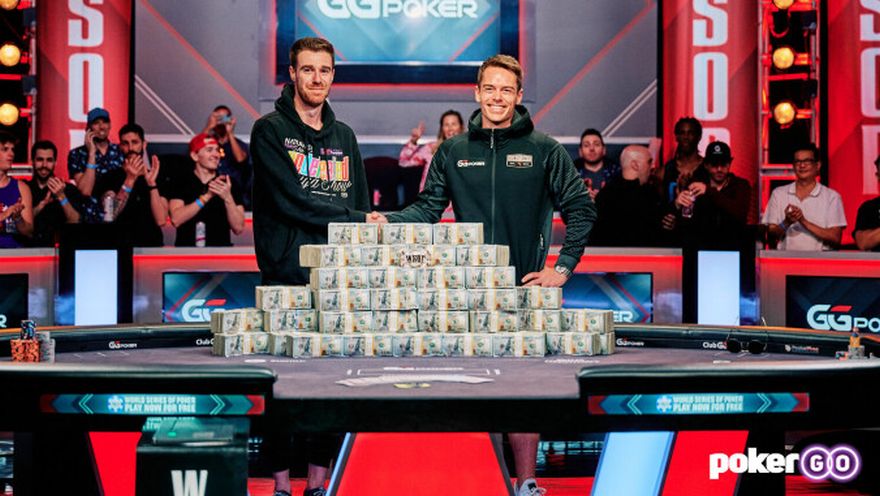 Russ Fox’s annual look at the taxman’s cut from the World Series of Poker Main Event has revealed that only three of the final ten players will get to keep their full payout – with winner Espen Jorstad’s $10million safe from the taxman’s greedy hands!

Fox is the principal of Clayton Financial and Tax and is considered one of the nation’s leading experts in gambling and taxes. His annual breakdown of the Main Event is an eye-opening, and often eye-watering, look into the various tax hits and breaks that gamblers face around the globe.

For Jorstad, and fellow UK-based final tablists John Eames and Philippe Souki, the “favorable tax regime of Britain” meant they walked off with more than some of their counterparts who finished higher up. A US-UK tax treaty means Brit-based poker players and gamblers pay no tax on winnings.

Eames, who finished 4th, therefore leapfrogged 3rd-place finisher Michael Duek – Eames getting his full $3,000,000 while Florida-based Argentinian pro Duek will only pocket $2,406,936 of his $4million winnings.

An important point that Fox makes is that he doesn’t include “backing and swaps in this analysis (because the full details are rarely publicized)”. That means Norwegian Jorstad, being London-based, keeps his full $10million, but has already admitted to having some swaps – though how much we don’t know. He does, however, avoid the 39% tax cut the Norwegian authorities would have taken.

It’s the usual story of pain for US-based players, however, with 10th-placed Asher Conniff taking the biggest % hit of all. The Brooklyn pro winnings of $675,000 will be hit by “the highest marginal tax rate of any of the final ten players: 48.21%.”

Second-placed Adrian Attenborough is an Australian but lives in Las Vegas, thus owing US income tax and self-employment tax as a professional poker player.

Croatia's Matija Dobric won $2,250,000 for his 5th-place finish, likely to pay 30% of that as a US-Croatia tax treaty has not yet been finalised. Unlike many US players, however, who have to pay tax in the US and often also wherever they may be living overseas, Dobric won’t be stung twice.

The case of 7th-placed Aaron Duczak, who won $1,350,000, is interesting, as the Canadian is an amateur player, and a recent court decision involving 2010 Main Event winner Jonathan Duhamel and his tax responsibilities has just been passed down in the Canadian courts.

You can read about that here, but basically the judge concluded that “on a balance of probabilities,” Duhamel’s poker career activities were “not carried on in a sufficiently commercial manner to constitute a source of business income for the purposes of the Act.”

As Fox states in his Taxable Talk Main Event breakdown, “The US-Canada Tax Treaty specifies that Canadians face 30% withholding on their gambling winnings but can get some of this back based on gambling losses. It appears that based on the recent Tax Court of Canada decision in Duhamel c. La Reine that some professional gamblers in Canada will owe Canadian income tax.”