Last week the Spaniard was one of a few players in Bryn Kenney’s stable accused of being involved in a complex cheating scheme, now he has said his piece 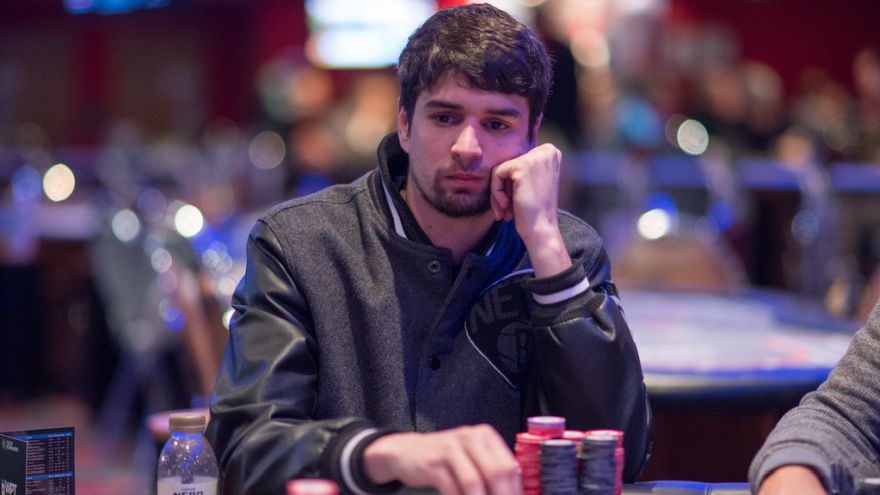 Sergi Reixach has responded to Martin Zamani’s accusations of cheating, sending a prepared statement to Haley Hintze of Poker.org to clarify his position. Last week the Spaniard was one of a few players in Bryn Kenney’s stable accused of being involved in a complex cheating scheme, now he has said his piece.

To begin with, Sergi Reixach makes clear that his relationship with Martin Zamani is far from friendly, providing a screenshot of a Skype conversation showing a considerable amount of vitriol.

Zamani clearly feels a great deal of anger towards Reixach, even after the latter travelled to his house to give advice on how to play in the WSOP (Online) final table. This kind of help from a player with almost $8 million in live tournament earnings is hard to come by, so whatever has happened between the pair surely must be serious.

“First of all, I think it’s important to show the current state of the relationship between Martin and me, so attached is a screenshot of some of my texts with him that show the anger and violent threats he made to me. I feel he blames me for everything wrong in his life, and his level of hate toward me has reached a point where I have been receiving death threats from him for the last few months.”

Reixach says that this was the first and last time he ever helped Zamani given his attitude toward him last year. 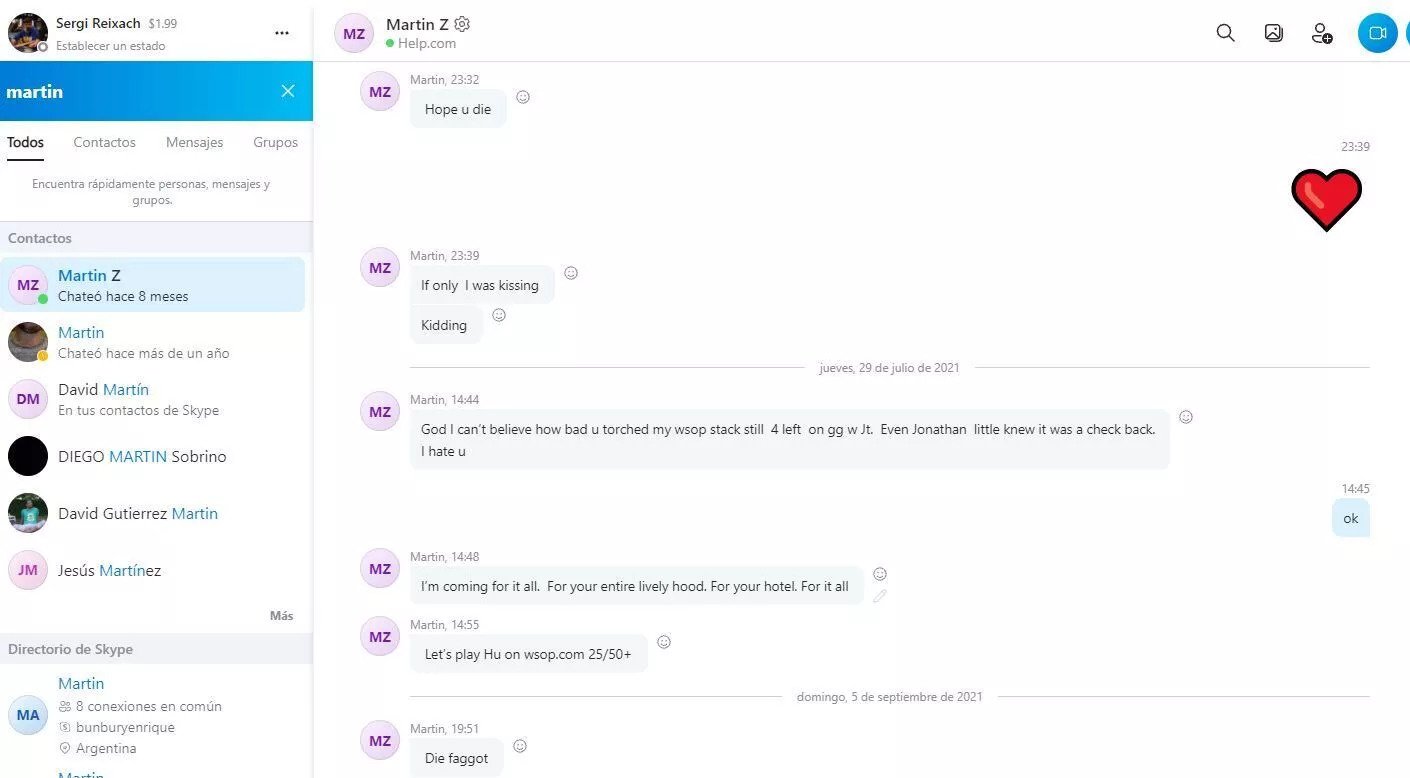 Reixach flat out denies ever having ghosted any players from the Bryn Kenney stable, to which we cannot add anything else. There is simply no hard evidence either way.

He adds that the accusation of using real-time assistance is false and unfounded and that if GGPoker gave him his hand histories he would be able to prove just how far from GTO his strategy is.

“During the interview, he also accused me of [assisting] his play with the “RTA system device,” as if I had some kind of dream machine for MTTs. That’s not true.

“I asked GGPoker several times for my hand histories to prove that my game is far from GTO (game-theory optimal) but they didn’t let me have my hands. This will connect to the second accusation he threw at me.”

The use of pre-flop charts during play is a topic that divides the poker community. Many think that because they are available to all, it is simpler to just let everyone use them as they wish.

As Sergi Reixach points out, in tournament play they offer close to no advantage because it is the deviations required in almost all spots that give the best players an edge.

Others, however, think that pre-flop charts still qualify as outside assistance and should not be tolerated.

In the case of Reixach, he admits that he was banned from GGPoker in 2020 for using the charts and refused to deny this, saying that every pro at one point in their career has done the same. He added that different sites have different policies on this too.

“As an example, a few years ago, the support team of one of the biggest sites confirmed that having thousands of static preflop charts was allowed for use in-game. Also, I would like to remark that at the high-stakes level, the use of preflop charts is almost irrelevant and only serves as an initial guide, as in every spot you must deviate from chip-EV solutions due to ICM and future game considerations, which I massively do all the time.”


Did Spaniards Colluse and Soft-Play?

Martin Zamani also accused a group of Spanish high-stakes players of collusion and soft-playing on occasion in the GGPoker $5k-$25k tournaments. Reixach says that there is no evidence whatsoever for this ever having taken place.

In fact, he says that he is sure that GGPoker would have conducted an extensive investigation into their play and none of the other Spaniards have been banned. Even PokerStars investigated the Spanish poker community several times over their play in the SNG 6-Max turbos and hypers but nobody was ever found to have played unethically.

Reixach ends his statement with the following: “In hindsight, I know I made some mistakes and should act differently. But it is more than clear that Martin is throwing false accusations at me.”