The news certainly came as a shock to most poker fans 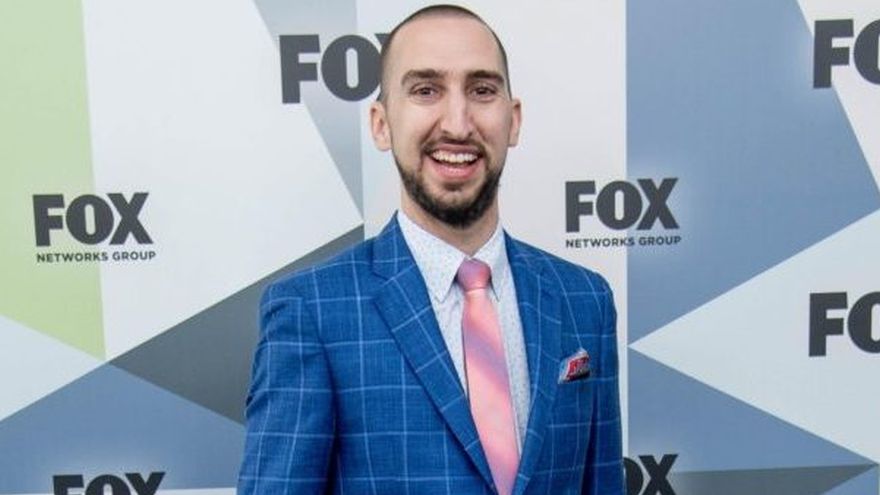 The names Phil Ivey, Tom Dwan, Jason Koon and Tony G were bandied all week as prospective opponents, but it has been revealed that Phil Hellmuth’s next opponent in High Stakes Duel III will be...Fox Sports1 host and commentator, Nick Wright!

The news certainly came as a shock to most poker fans who were dreaming of the Poker Brat meeting “durrrr” or Ivey, having already disposed of old-school rivals Antonio “The Magician” Esfandiari and Daniel Negreanu.

Viewers of the “No Gamble, No Future” podcast were first to hear of Wright stepping up to the plate, with co-host Brent Hanks revealing: “Guess what folks? It’s not a professional poker player.”

Hanks added: “We are dipping our toes into the sports television world. We are bringing in one of the most polarizing personalities out there right now. This guy dumps ice water on Skip Bayless’s takes.”

An outspoken TV personality, and a recreational poker player, Nick Wright claimed he wasn’t taking on Hellmuth just for fun.

“This isn’t fantasy camp,” he told viewers. “I’m not just going to hand Phil Hellmuth $50,000 so he can invest in a new Dogecoin. No, I’m doing it because I want to win.”

However he knows the task facing him and is relying on Phil being thrown off his game playing an amateur.

“Phil has had massive success in this event playing against professionals who clearly think they’re better than him, but now he has to play an amateur who has no such delusions,” Wright stated.

He added: “I am almost incalculably worse than Phil at all forms of poker, most notably this form that he may have mastered. I think that should work in my favor! It might actually throw him off!”

Wright also revealed, “Phil and I have a bit of history, we’ve played a bit together... he thinks he’s picked up a number of physical tells of mine.”

Wright’s humorous nature was exposed in his follow-up: “Little does he know that I always had this match in mind, and I was just setting him up for the long con. Wait, is he going to read this? Damnit.”

The duo will face off at 5pm ET on July 28th in the PokerGO studios inside the Aria casino, with their first-round battle seeing stakes of $50k apiece on the table, the heads-up SNG format unchanged from Hellmuth’s previous battles.

It wasn’t clear, however, if there would be the same rematch clauses in this one, Phil’s tweet hinting that it might be a one-off, with Dwan or Ivey next in line to challenge him regardless of the result against Wright.

Wright is certainly looking forward to his opportunity to face Hellmuth’s “White Magic” that has seen him undefeated and $700,000 up in the HSD format, admitting: “To be serious for a moment, this is one of the greatest honors of my life, to be selected as Phil’s next opponent.”

He continued: “ I’ve made a career discussing the ‘men in the arena’, as Teddy Roosevelt put it, but I’ve obviously never actually been able to be in that arena myself. Now, for at least one night, and hopefully for more than one night, I get to be in that arena and compete against literally, not only arguably the best in the world, but arguably the best in world history. I cannot wait.”

As always we’ll bring you all the best of the poker action when the match gets underway. In the meantime you can check out Hellmuth’s previous High Stakes Duel encounters here and his incredible heads-up record here.