Phil Hellmuth appears to be unstoppable, pocketing $700k from his HighStakes Duels alone 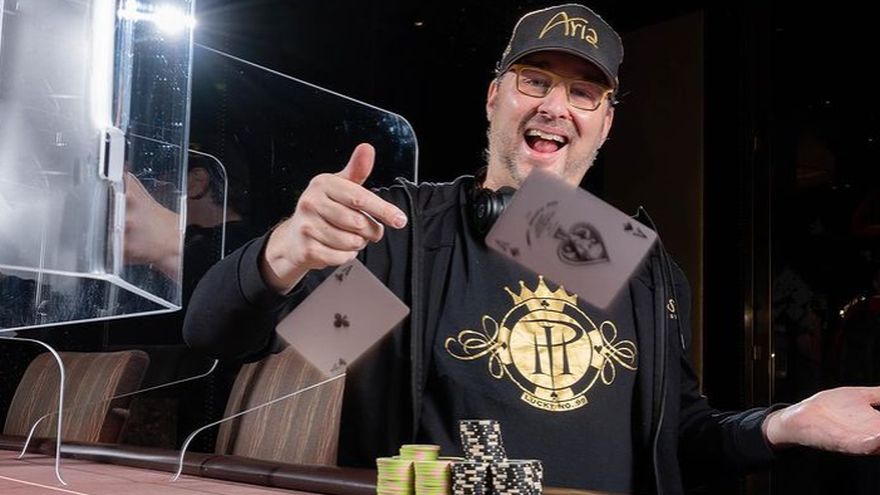 If Daniel Negreanu has one of the worst heads-up records in recent poker history, then the man who toppled him for the third time last week – Phil Hellmuth – can lay claim to one of the best records when it comes to poker’s version of hand-to-hand combat...

We recently detailed DNegs massive $1.5million loss this year alone in the highstakes heads-up format, but Phil Hellmuth appears to be unstoppable, pocketing $700k from his HighStakes Duels alone.

Of course, holding 15 WSOP gold bracelets means that he is no stranger to winning the biggest events, his heads-up game good enough to overcome the likes of old-school rivals Johnny Chan (in Phil’s 1989 Main Event win) and TJ Cloutier, with modern stars such as Juha Helppi also on his hitlist.

Along with those 15 wins have been 11 WSOP heads-up losses, again against the cream of poker, Erik Seidel and John Juanda among them, with his 2011 $50k 8-game loss to Brian Rast perhaps the most painful, despite Phil taking a $1million+ payday.

When it comes to pure heads-up play Hellmuth has also shone through the years, defeating Chris “Jesus” Ferguson in 2005 for the NBC National Heads-Up Championship, though he lost to Mike Matusow in the 2013 final of the same event.

Hellmuth is King of the Hill

More recently, in 2017 he won the King of the Hill heads-up tournament by defeating the king of online HUNL, Doug Polk, and then using Wite Magic” to take care of Dan “Jungleman” Cates in the final...

King of the Hill 2 saw Hellmuth lose to Parker ‘TonkaaaaP’ Talbot but recently he has had plenty more chances to shine, last year seeing the High Stakes Duel series introduced.

Antonio “The Magician” Esfandiari tried three times to tame Hellmuth’s heads-up skills and failed each time. With stakes of $50k for the first round and then doubling each successive challenge, the 3-0 scoreline saw Phil walk off with $350k of Antonio’s bankroll.

Next to challenge Phil in the heads-up arena was Daniel Negreanu, with Kid Poker unhappy at the Poker Brat being unimpressed with his play against Doug Polk.

Negreanu’s newly-acquired skills gained in prepping for Polk looked like paying off as he surged to a 19-1 chip lead in the opening match, but Hellmuth pulled off a chip and a chair comeback to defeat his rival.

Despite Daniel remaining upbeat and optimistic, his next two challenges went the same way, Phil walking off with another $350,000 last week and looking forward to whoever his next opponent might be.

As we go to press, Phil knows who it is but the rest of us are waiting for the big reveal...both Tom Dwan and Phil Ivey mooted, while Bryn Kenney and Doug Polk in the frame too...

Can anyone topple Hellmuth as king of the heads-up hill? We’ll keep you posted!