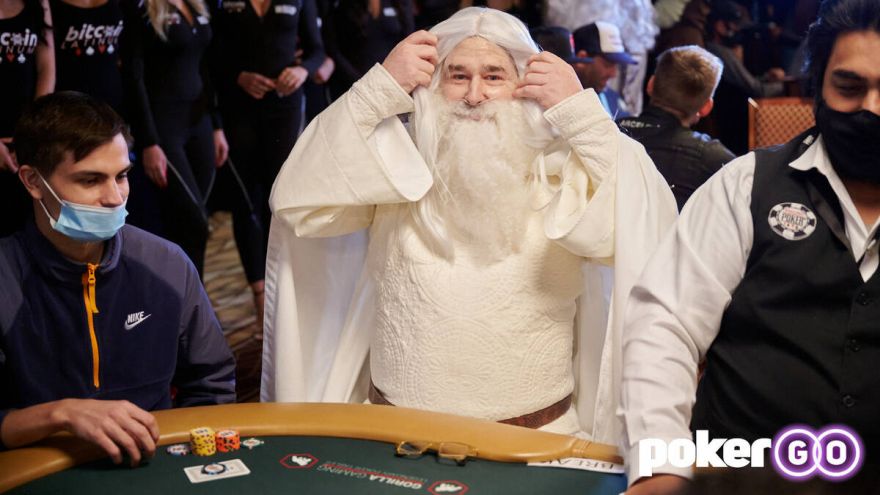 To say that Phil Hellmuth set the record straight during the 2021 World Series of Poker would be an understatement. Perpetually labeled as out-of-touch with the modern game, he put in the performance of a lifetime to send a message to the naysayers that he is still a force to be reckoned with.

Another gold bracelet to his name—a record 16th victory—and a few near misses put the finishing touches on a fantastic series. But there was another record that he now holds: the number of final table appearances in a WSOP.

Seven top eight finishes is one hell of a record, no matter how many events a player enters. Victory in the $1,500 No-Limit 2-7 Lowball Draw was crowned by three runner-up placings. Oh what could have been; imagine adding three more victories to bump up the bracelet record to 19. Surely that would have set the record out of reach for good.

Mike “The Mouth” Matusow was quick to congratulate his friend, demanding more respect for the old school players. His disdain for GTO solvers is well-known and he continues to be vocal that talent still rules in poker, claiming that Phil Hellmuth is the G.O.A.T.

I hope after @phil_hellmuth 2nd place finish in 50 k plo along with a record breaking 7 final tables in 7/different events that all the haters apologize because all the young players should realize that all the charts in world can’t beat talent! 🐑🐑🐑 @phil_hellmuth is the GOAT!

It’s interesting to note that there were no NL Hold’em final table appearances this year for Hellmuth. With the vast majority of solver work happening in that format it’s clear that talent certainly does play more of a role in the lesser played formats.

Not everyone was in the mood to give credit, though. One poster criticised Hellmuth for missing an event that only attracted 33 runners where he had a good chance to win another bracelet in a format where he has often claimed to be the best in years gone by.

“The most advanced solvers that young guys study and work with are mostly for NL holdem, have you seen any results in Holdem for PH? He decided to skip an event with only 33 players between him and a bracelet in a game he claimed he was the best for so long, coincidence?”