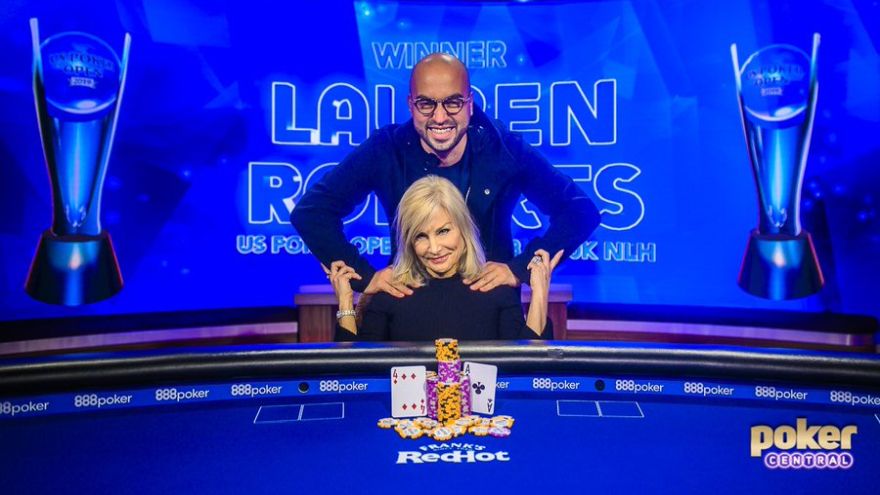 Lauren Roberts has gone public with screenshots of a conversation between herself and Bryn Kenney regarding $2million as the debate over the extent of Kenney’s alleged cheating heated up over the weekend.

Roberts explains that the series of screenshots were from “a recent argument with Bryn telling me I owe him money and me asking for an accounting. Notice how the number keeps changing, he wrote it in the book but then there was no book, he tracks 1000 ppl, no spreadsheet, never wrong.”

With Kenney apparently claiming Roberts owed more than $2million, the revelations follow on from the accusations levelled at Kenney himself by one of his former “horses”, Martin Zamani.

Not only that, but he singled out Roberts as a particular victim of Kenney’s scheming...

There was also a period where “He22” played on gg. This was a good friend of BK a very close friend who BK stayed with and threw parties at their house and they treated Bryn like his son. What did BK do? Made his horses play when his fish friend was playing. Poached them well

Zamani added in a follow-up tweet: “He22 was one of the bigger losers. But 5ks and 10ks running 24/7. Here’s some adderall my good friend keep grinding you’ll get it back. Shockingly enough they aren’t around anymore. Only took $2M to realize Bryn was poaching them for his horses. Friends like that who needs enemies!”

Roberts' name was revealed in a podcast interview with Doug Polk, which Kenney allegedly threatened legal action over, and she decided to take to Twitter herself to address the incredible accusations against Kenney.

a few text screenshots to leave you with and I’m outta here. Thanks to anyone who ever supported me on this wretched site. I lost money but poker has given me way more than it’s taken.

Along with the screenshots of private conversations with the leading money-winner of all-time, Roberts, added: “Then he gets abusive, it’s pathological. When I’d say I wasn’t playing any more, he’d come up with a new scheme, he’d send me a “free roll.”

“I’ve been in finance/poker a long time, I’m not stupid. That’s how I knew he played my account (besides “coaching” me while I played) bc one day he told me I “won” a tournament and magically our number went down. But I also witnessed ghosting, collusion with other accounts too.”

Kenney responded publicly to the recent allegations by tweeting out a refutation...

Dear all of my friends and fans, there have been accusations made about me, the most important to me is me being involved in any type of cheating. There is zero evidence of this and everyone who knows me knows it is not true. I will be addressing this in more details shortly.❤️

...although his follow-up is yet to see the light of day.

Kenney is one of the few players accused of cheating in the past week or so that has actually responded in any way.
Both Ali Imsirovic and Jake Schindler have been notable by their silence since Alex Foxen, Justin Bonomo and others took to Twitter to accuse them of RTA use, for which they were both apparently banned by GGPoker.

Sergei Reixach, who Zamani accused of being involved in Kenney’s alleged cheating, released a statement in which he admitted to being banned by GGPoker for using illegal pre-flop charts.

He maintains, however, that this is a grey area and refutes the other allegations aimed at him, claiming Zamani “blames me for everything wrong in his life”.

It’s clear that there will be more to come on this and other related stories and we’ll endeavour to bring you the biggest, best and most relevant poker news.