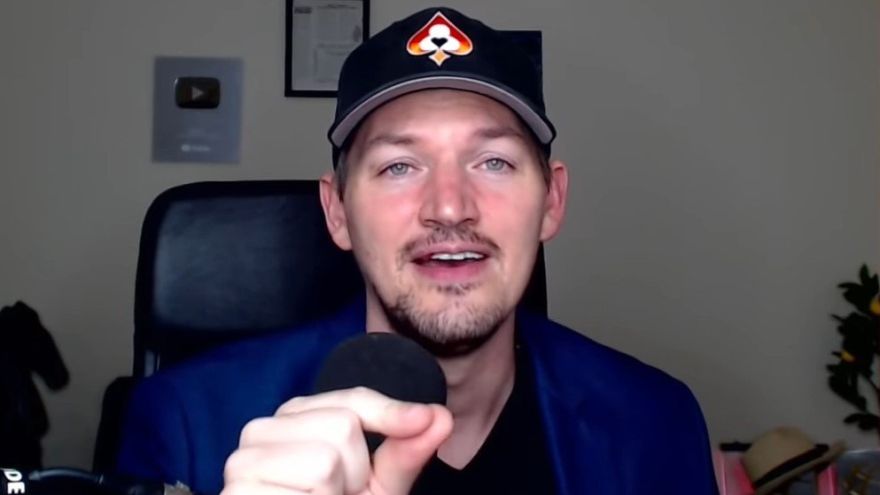 Joey Ingram has revealed he has had “enough of these f***ing people” after his interview with Bryn Kenney failed to get any closer to the truth about the alleged poker cheat’s behaviour.

Ingram spent two hours trying to prise some answers from Kenney about the allegations of ghosting, multi-accounting and claims of bizarre rituals forced upon players in his stable.

Kenney has been at the forefront of allegations about cheating in poker this year, alongside the likes of Ali Imsirovic and Jake Schindler, who were both banned by GGPoker for using Real-Time Assistance (RTA) and now appear to be persona non-grata at major live events.

Kenney told Ingram that not only is he not banned by GGPoker – “I’ve never been banned on GGPoker ever. I’ve never had my account frozen or suspended,” – but claims he is still welcome to play at events such as Triton Poker’s SHR festivals.

His interview answers, however, didn’t convince the Twitter poker crowd, the vast majority of whom were as unimpressed by Kenney as they were in the train-wreck interview he gave on the cheating claims back in April.

The player who first accused Kenney of cheating, Martin Zamani, was also busy on Twitter as the interview aired, producing screenshots to counter his former boss’s denials...

Zamani claimed he had been forced by Kenney to attend a shaman, who tried to inject him with frog poison, something that Kenney claimed was only a “recommendation” rather than obligatory.

Meanwhile, another of Kenney’s former friends, Lauren Roberts, was also busy calling out the former all-time leading money-winner. Kenney claimed multiple times that she owed him $2millions he had loaned her to play poker. That, says Roberts, simply isn’t true...

As for a disillusioned Ingram, his return to the poker podcast and investigative journalism world wasn’t quite the success he had hoped for, leaving only a bitter aftertaste in his mouth.

He explained to Willis: “He just doesn’t really admit anything. He admitted the ghosting stuff, but clearly he wasn’t telling us what was happening.”

“A bunch of these guys are all using different accounts. (Kenney) really kind of sidestepped that, which is what’s in a lot of those text messages. A lot of text messages to Kenny talk about two accounts, five accounts. It’s just exhausting.”

Talking of the possibility of him staying in the poker sphere, he said: “But just having to deal with all these things and these people, you’ve got to accept that this is a pretty shady area to be a part of...”

He added: “... you really have to watch yourself around these people when money gets involved, because people are trying to do whatever it takes to separate you from your money.”

What do you think of the Bryn Kenney interview with Ingram? Let us know in our social media channels!