Eli Elezra Gets Inducted Into the 2021 Poker Hall of Fame

Elezra becomes the 60th member of poker's most elite club 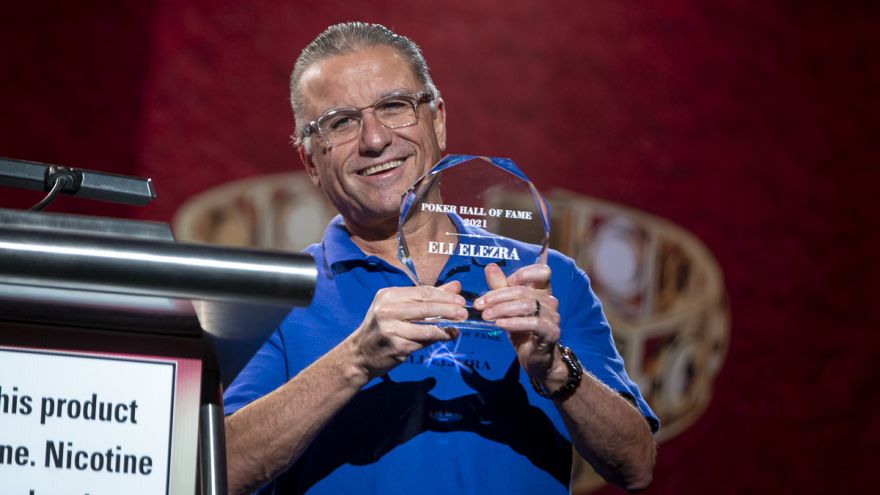 Israel-born Eli Elezra is the latest inductee into the Poker Hall of Fame; Elezra becomes the 60th member of poker's most elite club.

In October 2021, WSOP requested fans to propose suitable candidates for the 2021 class. Two of the most prominent figures in the poker world, Isai Scheinberg and Matt Savage, were picked alongside other nominees. The nominated players were Ted Forrest, Antonio Esfandiari, Chris Ferguson, Mike Matusow, Layne Flack, Bertrand Grospellier, Michael Mizrachi, and Elezra.

Current Hall of Fame members got a chance to vote on picks selected by the fans. After counting all the votes, Elezra was declared the winner, and the other nominees would have to wait for another opportunity next year.

The following are the requirements for induction into the Poker Hall of Fame.

In the case of non-players, they should have contributed to the game's general growth and prosperity, with long-term positive results.

Eli Elezra has had quite a successful career winning four World Series of Poker bracelets and a total of $4,596,292 in live events cashes, as per HendonMob. Elezra won his most recent bracelet in 2019, in the $1500 Seven Card Stud tournament, where he bagged $93,766 for his victory. Elezra also cashed in seven events and final-tabled in three events at the 2021 WSOP.

Elezra has had some excellent tournament results, but that is not where he thrives the most. Elezra has earned his colleagues' respect as a high-stakes cash game player, which has been a key criterion for inducting players into the Poker Hall of Fame. The 60-year-old Las Vegas resident has competed in big games for more than two decades.

During the poker boom, Elezra played online on Full Tilt Poker and made appearances in prominent cash game television shows, like Poker After Dark and High Stakes Poker.

Elezra also served in the Israeli army before he moved to the U.S and became a poker pro. Following an injury sustained during the 1982 Lebanon war, he got dismissed from the forces.