More than 80,000 arrests for cross-border gambling were made by the Chinese authorities last year 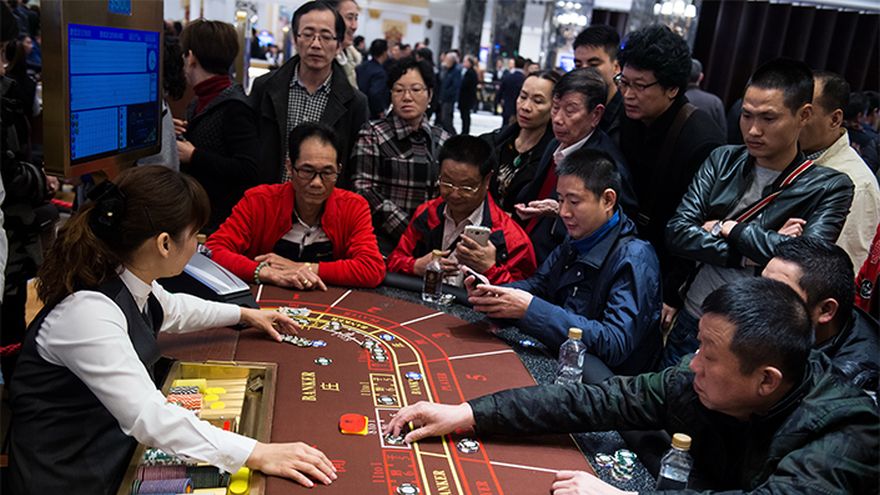 More than 80,000 arrests for cross-border gambling were made by the Chinese authorities last year, with over 2,200 illegal online gambling platforms shut down in the latest crackdown.

The arrests and closures were the result of 17,000 separate cases investigated by China’s Ministry of Public Security, which also resulted in 1,600 illegal payment platforms being closed down.

The most recent numbers released indicate a slight decrease on the previous year’s figures, but show the authorities are still pursuing their strict anti-gambling policy.

At present, only state-run lotteries are permitted in mainland China, and that has led millions of gamblers to head to other destinations to try their luck.

An estimated $150billion of gambling-related money left the country by various means in the first three-quarters of 2020 alone.

A blacklist system was launched in 2020 that made visiting certain countries for gambling purposes illegal, the official party line being to “safeguard the lives and property of Chinese citizens.”

That also included those involved in organising such gambling trips, with “junket” operators targeted in the likes of Macau and Australia, along with online operators in, Malaysia, Myanmar, the Philippines, Vietnam and other countries.

Part of the crackdown saw a new criminal code amendment put in place last March to target the operators and customers, with an amnesty for those involved to turn themselves in.

With leniency offered in return for cooperation with the authorities, a reported 1,100 people handed themselves in, while a 24/7 tip-off hotline has seen more than 60,000 calls.

There are a number of departments involved in the ongoing crackdown on gambling, with banking institutions and internet providers teaming up with immigration and tourism departments.

The Ministry of Public Security claims their concerted efforts have proved fruitful in “wiping out the gambling recruitment and attraction networks, money laundering and other illegal monetary channels of many large, overseas gambling groups in China.”

Macau, one of the traditional haunts for Chinese gamblers, has been hard hit by Covid restrictions and a marked downturn in gambling traffic.

Suspected by Chinese authorities of illegal cross-border gambling and money laundering, Chau’s arrest is the first time the crackdown on gambling by Chinese Premier Xi Jinping has seen a high-profile figure in the gaming industry arrested.

Chau was described by police as the “mastermind” behind an illegal gambling syndicate which used junket operations in Macau to set up an overseas betting platform targeting mainlanders.

The Chinese authorities have described his operation as a “crime syndicate” with a reported 199 shareholder-level agents, more than 12,000 gambling agents, and over 80,000 punter members.


Australia has also seen significant action from the Chinese government on gambling, Crown Resorts group embroiled in several junket-related scandals since 19 employees were jailed in China in 2016, for illegally promoting gambling.

The reverberations of that disastrous incident are still being felt today, Crown having to pay AU$125m (US$94m) to settle a lawsuit brought by its own shareholders,

The class action lawsuit claimed that Crown had deliberately failed to warn shareholders of the possible risks and recriminations of their ill-fated marketing plans in China.

It was alleged they instead, “decided to roll the dice on its Chinese VIP operations against a backdrop of a known Chinese crackdown on illegal gambling-related activities, and that gamble backfired spectacularly.”

Crown told the Australian Stock Exchange that they had made a “commercial decision” to settle the case, one that was “in the best interests of Crown and its shareholders”.