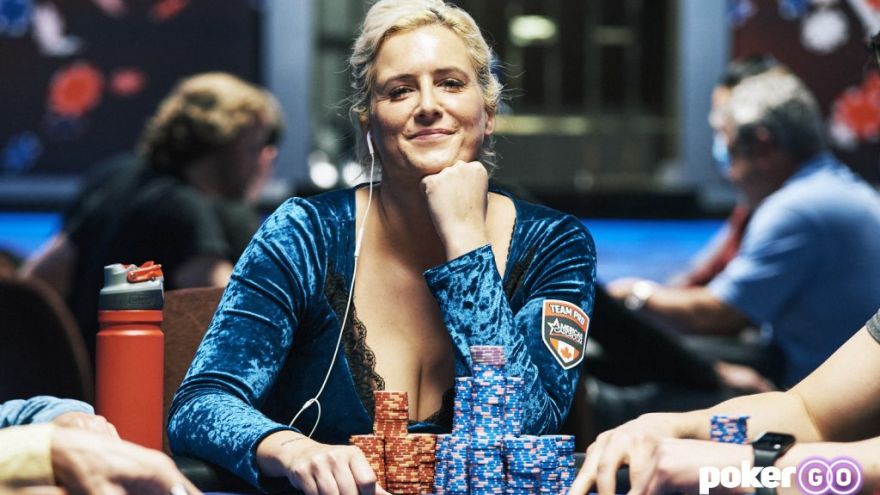 Vanessa Kade defeated Alex O’Brien this weekend in one of the most-talked about heads-up matches for a while, scooping a $10,000 prize for charity in a match put on by America’s CardRoom after Dan Bilzerian welched on a showdown with O’Brien on GGPoker.

O’Brien, a science writer and poker amateur, had won the $100k Bilzerian Birthday promotional freeroll tournament on GGPoker to celebrate their most infamous ambassador’s birthday.

That should have resulted in the Londoner facing off heads-up with the controversial King of Instagram, but the well-known misogynist refused to live up to his end of the deal.

Although GGPoker tried to placate O’Brien by paying her into the Online WSOP Heads-up bracelet event, as O’Brien stated: “...it wasn’t the match-up I wanted, nor the one I’d been promised.”

ACR stepped up to the plate amid the controversy and offered O’Brien a shot against any of their ACR team pros, and she naturally chose someone who had also been a victim of Bilzerian’s chauvinistic childishness, Vanessa Kade.

The Canadian pro took down a monster $1,514,920 payday for winning the Sunday Million 15th Anniversary on PokerStars, just days after Bilzerian had dissed her on Twitter with an infamous typo tweet.

The ACR match between Kade and O’Brien would see the winner walk off with $10k to give to the charity, or charities, of their choice, and Kade was the huge favourite.

Fans of the duelling duo were able to follow the online match-up on ACR’s TwitchTV livestream, with Team pros Drew Gonzalez and Jon Pardy in the commentary booth.

The battle was set for a best of three heads-up duel, a little trouble setting up the tables eventually resolved with both women starting out with 175BBs.

The deep stacks didn’t last long in the turbo SNG-style game, and although O’Brien pulled out to an early chip lead, Kade pulled it back and finished off game one by winning the following race...

One-zero to Kade, but O’Brien– though an amateur – had plenty of advice to fall back on, having received coaching and tips not only from her opponent Kade, but luminaries of the game such as Fedor Holz, Jamie Kerstetter, Maria Ho, Olivier Busquet and Kara Scott, among others.

She bounced back immediately, an “onslaught” of pressure poker soon forcing Kade all-in with the last of her stack but a reversal of fortunes on the flop from match one...

That meant they had to play a decider for the destination of the $10k charity cash, and although O’Brien took an early lead in the rubber match, Kade quickly pegged her back.

A bluff gone wrong led O’Brien to fold the 1BB she had left behind on the river, but that only delayed the almost inevitable – no chip and a chair comeback as Kade dominated the brave O’Brien on the next hand...

A fun battle had ended and Kade tweeted out her favourite hand, and her favoured charities who will be $5k each better off thanks to the generosity of the ACR team.

Only barely, it was 1 to 1 going into the final match.

I feel lucky to have found a new friend in this smart, fun, vivacious lady.

Kade also tweeted: “Really appreciate everyone involved - offering their time to make this happen from setting up the stream, to commentary, support setting up the games, other players and pros who coached and played Alex leading up to today, and of course @ACR_POKER for giving us $10k to donate.