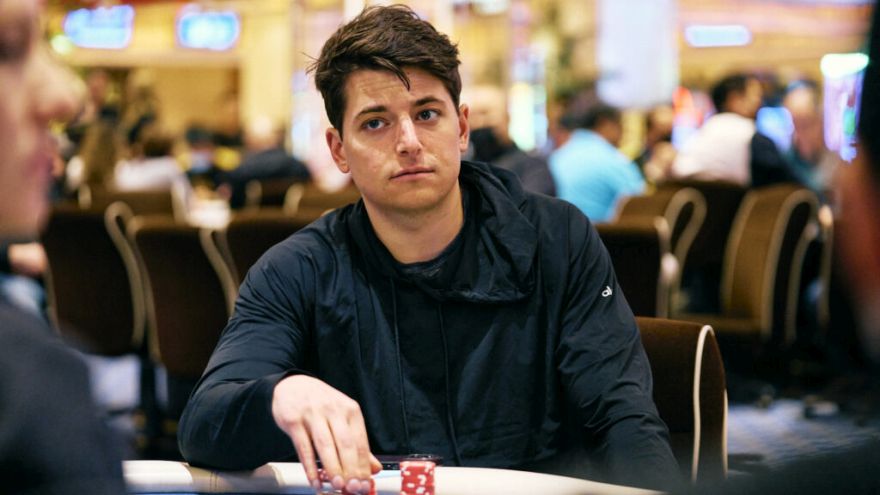 GGPoker’s launch of their much-vaunted Poker Integrity Council was accompanied by the shock announcement that confirmed and banned cheats will be allowed to play on the site again – an “olive branch” extended for all bar the most serious transgressors...

The surprise statement says that “those who have spent time away from the tables, for game integrity reasons, should eventually be allowed to start over with a clean slate, apart from the most severe cases.”

It adds: “As such, we would like to extend an 'Olive Branch' to previously banned high-stakes cash game and tournament players on GGPoker Network through Aug 15, 2022.”

Justin Bonomo tweeted: “My *guess* is this is aimed at players who got banned for looking at preflop charts while playing,” but fellow highstakes pro Kevin Rabichow quickly picked up on what was missing from the offer to reinstate rights...

As we reported previously, the Poker Integrity Council (PIC) is fronted by Jason Koon, who will be working with Fedor Holz, Andrew Lichtenberger, Seth Davies, and Nick Petrangelo to review suspicious behaviour at the online tables.

Real-time assistance (RTA) use, ghosting, and collusion are all big problems and the penalties for those found guilty range all the way from a warning to being placed on a new industry blacklist.

However, in late 2020 GGPoker banned a number of high-profile players, believed to be for RTA-use, including Ali Imsirovic and Jake Schindler.

It hasn’t been made clear by the site what constitutes “the most severe cases”, leaving many to wonder if they will be allowed back into the fold.

PIC member Fedor Holz more than hints at that being a big “NO”, tweeting “the olive branch is only for people who have been banned for 2 years now for something that’s not that egregious, like preflop charts or similar. Hardcore cheaters (like RTA) should never be able to come back.”

Those who were banned for the pre-flop charts transgression include Chris Brewer, who was adamant he didn’t use RTA...

That was also the claim of Spanish pro Sergei Reixach, although the accusations against him as part of the Bryn Kenney cheating scandal were more serious, including ghosting and soft-playing...

Bryn Kenney, who many thought had also been banned by GGPoker, is apparently free to play, showing up in the final table of the PokerMillion$ last week and bagging second spot.

When questioned in a GGPoker Reddit AMA, head of the PIC, Jason Koon, stated of possible retrospective bans working from live cheats to online play: “You have to start somewhere, you could use the example that if we ban someone from 5 years ago we should go back and ban someone from the 1970s, etc, etc.

Koon added: “It's not perfect but the last few years is where the line was drawn. The Postle stuff is recent enough that it could certainly be reviewed.”

Meanwhile, some were looking for ways to shut down the RTA-cheats by teaming up with those behind the solvers that they mis-use.

Gary Blackwood suggested: “All poker sites should work with all solver apps and vice versa so that if a flop is dealt on any site that matches a flop that is searched for in one of these apps at the same time a red flag goes up instantly.”

Patrick Leonard backed this up, replying: “Literally been speaking with apps about creating this exact idea this last week. Have some good hopes I can make this happen.”

We will, of course, keep you updated on what happens in the cheating/anti-cheating battle, and you can share your own views on our social media channels.