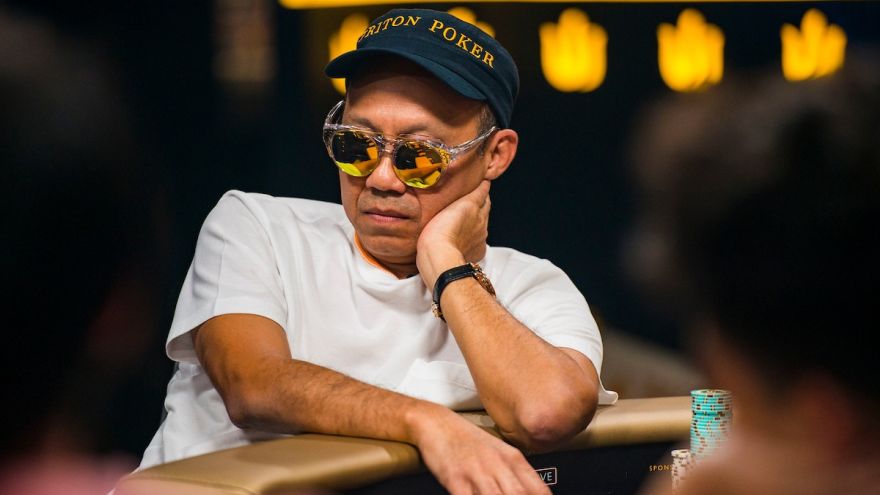 Paul Phua has won the $100,000 tournament hosted by Tony G on CoinPoker for $864,000. The event attracted 14 entrants with the top three taking all of the prize pool.

The crypto-based online poker platform has risen to prominence dramatically in recent months with many more huge events planned for the future.

🥁 We are ready to roll 🥁#BiggestPokerEvent is happening on CoinPoker on Thursday, 27th January. 🎊

👀 the magic of #pokeronline

Congratulations to the winner of the #BiggestPokerEvent 🎊 on CoinPoker

A big thank you from CoinPoker to all for making this a huge success. 💯 pic.twitter.com/Ee0bdeCWSR

Crypto on the Up

CoinPoker never seems to be out of the headlines right now, and all for good reason too. Having Tony G on board as an advisor is certainly going to help raise the profile of the fast-growing site, but there always seems to be something going on.

Last month saw Tony G and King’s Casino owner Leon Tsoukernik play what is thought to be the biggest ever pot ever played in online poker—a monstrous $1.8 million.

Playing $1,000/$2,000 PLO, the pair both held a pair of aces in the hole and got the money in pre-flop. Fortunately for the sanity of both guys the board favoured neither player and the massive pot was split.

The hand was even covered in detail on Yahoo Finance News, a great boost to the popularity of crypto poker sites.

Soon after, a player with the screen name BenjaminTravesty was spotted with a stack of almost $2.5 million—again possibly a new record even thinking back to the ridiculous nosebleed games seen on Full Tilt Poker back in the day.

This BenjaminTravesty has a $2.5m stack on coin poker against Leon/Tony G/omaha4rollz etc, is this the biggest stack in online history? pic.twitter.com/bOrRn5fyj2

A $50,000 rebuy event in early January caught the attention of the poker media and it was quickly followed by the $100,000 buy-in event won by Paul Phua. We look forward to seeing what will come next.

For starters, they allow US-based players to sign up. The exclusive use of Bitcoin, Ethereum, USD Tether deposits and withdrawals means that this is not a legal grey area, it’s fully legit.

There might not be a great deal of traffic at the moment but it is growing and already in the top 50 sites.

The software client is also decent. Long-term poker players will know just how hard it has been for sites to get this right over the past two decades, with many otherwise great sites dragged down by a terrible interface. Mobile gaming is also fully supported so players can jump into the action wherever they are.

One aspect that stands out from all of its rivals is the effort put in to showcase a provably fair shuffle. The decentralised technique incorporates user input and the result of every hand can be verified upon completion.

It is a complex process which many will say they have no idea how to understand, but the intention of CoinPoker is clear: transparency.

It’s undeniable that CoinPoker is starting to stand out among the many crypto poker sites. The likes of Bitcoin were once heralded as the solution to a fragmented player pool around the world, particularly when it comes to bringing the Americans back into the fold, but it’s been a slow start over the past few years.

The industry giants have maintained a stranglehold on online poker apart from the rise of GGPoker who are now seriously challenging the might of PokerStars.

Could CoinPoker be the first crypto online poker platform to challenge the main players? Watch this space.