The biggest online pot ever was recorded this week as Antanas “Tony G” Guoga and Leon “Loose Leon” Tsoukernik battled their way to a chop in a $1.8million pot 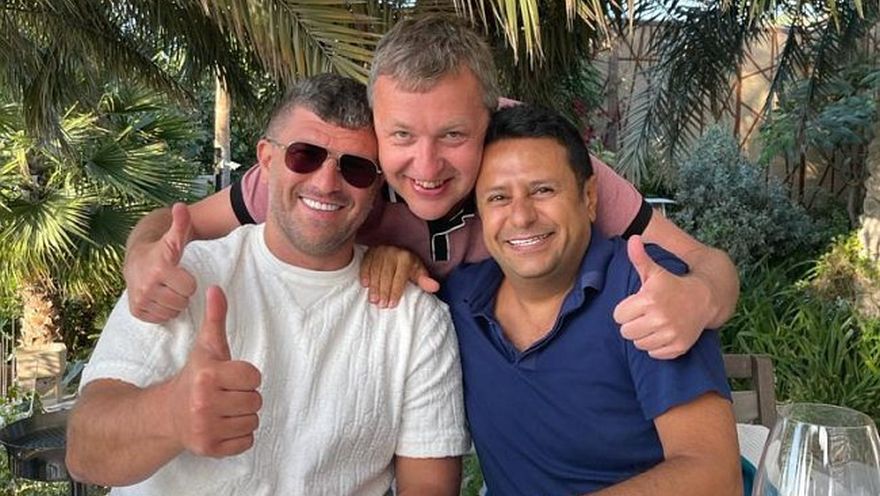 The biggest online pot ever was recorded this week as Antanas “Tony G” Guoga and Leon “Loose Leon” Tsoukernik battled their way to a chop in a $1.8million pot on the cryptopoker site, CoinPoker...

Find out what happened here👇https://t.co/X6BgazOQGk

Tony G is one of the driving forces behind CoinPoker’s rise to the top of the cryptopoker world, founder of and advisor to the revolutionary blockchain technology-based platform.

“Loose” Leon Tsoukernik is another larger-than-life character in the poker world, owner of King’s Casino in Rozvadov and known for his love of highstakes and high-octane poker games.

The duo tangled at $1k/$2k PLO on CoinPoker and produced what is believed to be by far the biggest online pot of all time, smashing the previous record held by Patrik Antonius and Viktor Blom.

Rob Yong referenced that classic Full Tilt battle when he tweeted out the Tony G vs Leon pot, though you’ll need good eyesight to work out who had what!

As one Twitter wit put it, “"Biggest online pot...Smallest amount of pixels in a video" ffs.”

Of course, we’ve zoomed in and brought you the details, the players all-in after a pre-flop battle and both men likely to be somewhat relieved at the chopped pot - though Leon had to sweat Tony G’s flopped flush draw.

Neither man is shy about playing for huge stakes, with Leon Tsoukernik in particular renowned for his monster cash games, winning and losing $millions in the course of an evening.

One of his biggest losses came in Las Vegas against “Aussie” Matt Kirk – whose $600million fortune was reputed to have come from Bitcoin.

Leon lost $3million but refused to pay up $2million of it – a huge lawsuit and counterclaims ensuing, although the pair settled matters out of court after 8 of the 10 charges against Tsoukernik were thrown out of court.

Tony G is one of poker’s legends who continually proves he has what it takes to battle with the biggest and best of the modern-day pros.

He was among the first to put his name down for the $1million buy-in cryptopoker event to be held during BTC Miami in April, though he wanted organisers to “ensure there is a committee and that no pure robot pros kill the great event,” adding: “Should be people who are real serious crypto investors only if it’s a crypto event.”

There may have been no winner of the biggest pot ever seen online this week, but that wasn’t the case when Blom and Antonius tangled in the previous record-holding hand.

Patrik Antonius and Viktor Blom, the infamous and at the time anonymous ‘Isildur1’, crossed swords for the umpteenth time on 21st November 2009, playing $500/$1000 PLO.