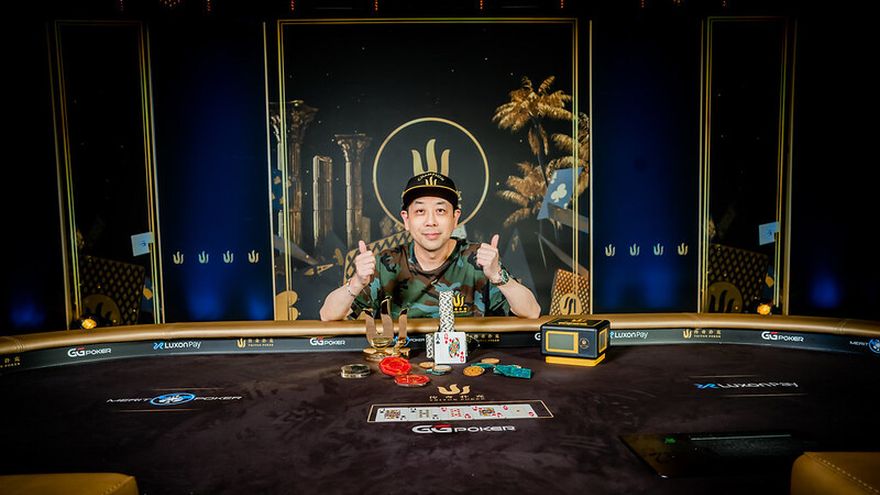 Yu, president of the prominent Poker King club in Macau, was among 41 entries for the closing tournament at the Merit Royal Hotel and Casino.

Event 3 winner, Phil Ivey, was looking for back-to-back 36-card wins, while Mike Watson, Jason Koon and Cary Katz were others among the North American contingent.

With Triton being a Macau-led entity, there were numerous highstakes pros from the former Portuguese colony and surrounding nations, with Malaysian players much to the fore.

That left seven players in the money, each guaranteed $208,500, and only Daniel Dvoress was representing the Occident, falling in 5th spot for $268,000 after KO’ing Indonesia’s Ferdinand Putra in 6th place.

Elton Tsang burst through the $1million winnings for the week with his 4th place, a remarkable four cashes from four tournaments taking him to more than $14million in lifetime tournament earnings.

Fellow Hong Kong pro, Danny Tang, had to bow out in 3rd spot for $447,000 after he ran into Ivan Seng Leow’s pocket kings, leaving Leow heads-up with Yu for the title and the $million payday.

The denouement didn’t take long to arrive, Leow jamming his ladies and Yu calling with AQ...

The deadly river meant Yu had just won $1million plus $10k in pocket change, with Leow’s runner-up place worth $699,500, bringing another highstakes Triton Series to a thrilling end.