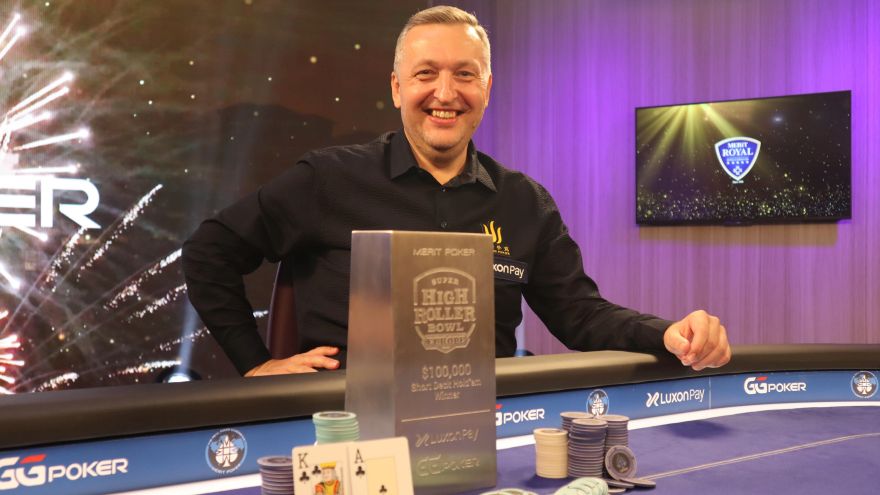 The much-loved Lithuanian loudmouth had already won event 3 on the 9-tournament schedule, a $25k buy-in Short deck event that was worth $382,500.

The former politician and basketball team owner seems to have found an affinity for the 36-card poker variant, making his way through the initial 26 entries with ease to book his spot in day two and the paid spots in the $100k event.

Also making the money were Paul Phua, Danny tang and the sensation of the SHRB Europe so far, Santi Jiang, who thus bagged four cashes out of four in the Short Deck events.

Phil Ivey was among those who couldn’t add to their tally of cashes, the legendary Californian running his pocket queens into Tony G’s aces late on day one.

Cary Katz was the unlucky player to bubble, and that left the top four in the money and coming back for day two.

When they resumed, Tony G cracked queens once again to send Santi to the rails in 4th, his big slick hitting another king on the flop, the Spanish pro taking $260k and making it a $1.2million week of cashes for him so far.

Next it was Danny tang’s turn to tussle, and Paul Phua was the man whose jacks he had to overcome, but a turned full house for the Malaysian businessman was enough to seal Tang’s fate.

That left Phua versus Tony G heads-up and the closing hand of the tournament was a typically crazy Short Deck affair, the players all-in pre-flop.

Describing it as “crazy” and “brutal”, Tony G watched the cards come out...

“Completely drawing dead,” was his next utterance, but the turn gave him hope...

"Red, red red! "I'll give you a king," the live reporting wrote a now-sweating Phua as saying, though his opponent was unconvinced: “Don't worry. I've never seen a flush like this. It would be a miracle."

Miracles do sometimes happen in poker , it seems, and Tony G had just bagged his second title of the 2021 SHRB Europe:

"This is brutal! This is unbelievable. What are the odds of that?" he said. "I'm the best. I am the luckiest."

The players are already deep into day one of the Main Event, a $250k buy-in NLHE tournament that has already drawn in 30 entries and a $7.5million prizepool.

We’ll bring you all the best of the action from that one tomorrow, so be sure to check back in!