Tom Dwan and Phil Hellmuth to Play $800,000 Rematch in High Stakes Duel Round 4

Tom Dwan and Phil Hellmuth are to renew their rivalry in the next round of the High Stakes Duel III, scheduled for May 12 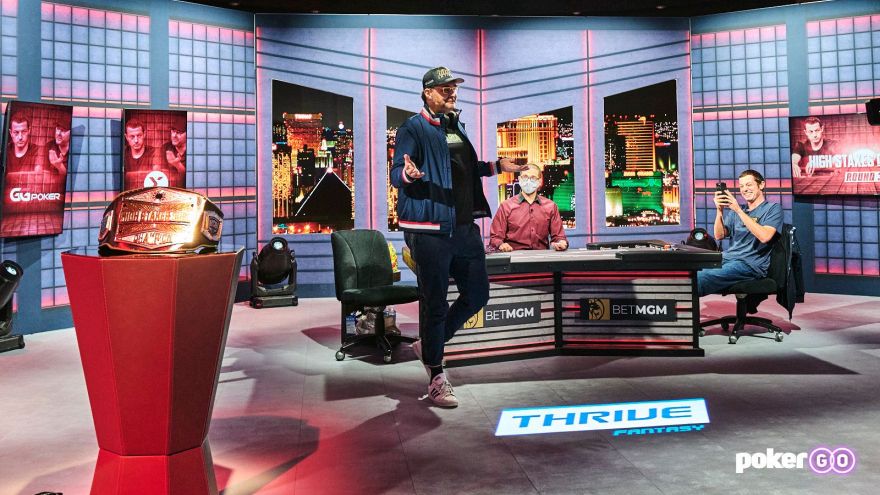 Tom Dwan and Phil Hellmuth are to renew their rivalry in the next round of the High Stakes Duel III, scheduled for May 12. The $800,000 showdown will take place at the PokerGO studios in Las Vegas with Hellmuth seeking more success over Dwan as the only player to have yet bested him in this exciting format.

Until Tom Dwan accepted the challenge, Phil Hellmuth was an impressive 7-0 up in all of his High Stakes Duel matches. 3-0 against both Antonio Esfandiari and Daniel Negreanu put off many from stepping up to face the “Poker Brat.”

ESPN commentator Nick Wright was next up in Round 1 of the third challenge, but he also couldn’t match Hellmuth.

Then Tom Dwan gave the fans a shot in the arm by picking up the gauntlet for Round 2 after Wright declined to continue.

Dwan won the first confrontation, ruining Hellmuth’s perfect record, but a rematch was agreed soon after.

This time around, Hellmuth got his revenge to set the score at one-all, and again the rematch was quickly agreed.

Get ready for the third installment of @TomDwan vs @Phil_Hellmuth on High Stakes Duel but this time there's $800,000 at stake! Who will win this one?

Watch it unfold live on May 12th, only on PokerGO. pic.twitter.com/3HSgFej9Ns

So, all eyes will be on the PokerGO studio in a little under two weeks. Can Hellmuth improve his 8-1 High Stakes Duel record, or will Tom Dwan reassert himself?

This is only Round 4 of a battle that can potentially go as long as eight rounds where an eye-watering $12,800,000 will be sat in the middle for the winner.

We look forward to seeing how this match goes.