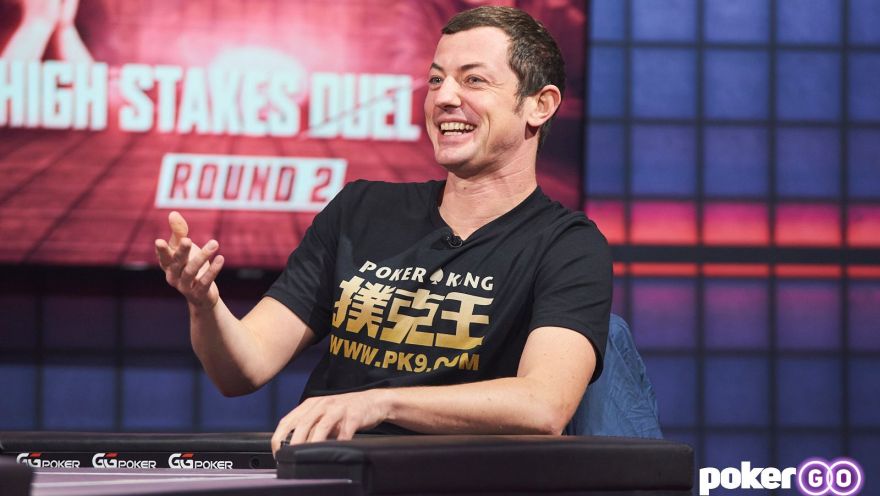 Phil Hellmuth’s unbeaten HighStakesDuel streak ended last night when Tom Dwan cracked the champion’s aces at the end of a 6-hour battle, taking the $200,000 prizepool amid some mini-meltdowns from the Poker Brat...

Hellmuth was on a 7-0 winning streak in the SNG-format HighStakesDuel series held at the PokerGO studios in Vegas, having whitewashed both Antonio Esfandiari and Daniel Negreanu 3-0 for $350 wins apiece, and also taken $50k from TV sports host Nick Wright.

Dwan stepped in to replace Wright in round two of the 3rd edition of HSD, and he was looking to recreate his infamous win from 2008 when he cracked Hellmuth’s aces and sparked an incredible argument with the 15-time WSOP champ.

After being KO’d from the 2008 NBC Heads-Up Poker Championship, Hellmuth launched a typical poker brat attack on the new young star of the game.

Hellmuth’s parting shot: "We'll see if you're even around in five years," became one of poker’s most famous lines, and yesterday –13 years later – his words came back to haunt him.

Not that it was one-way traffic as Hellmuth sought to extend his unbeaten run, big Phil opening up an early lead – a bit of a novelty especially compared to his incredible 19-1 chip deficit comeback against Daniel Negreanu in their opening bout.

A cagey six-hour battle ensued, but Dwan eventually ground his way into a significant chip lead, and when Hellmuth was down to just 5 BBs, Dwan’s “aces cracking” skills re-appeared.

Phil picked up pocket rockets in the small blind and chose to just call, hoping to tempt Dwan into making the double-up rather easy...

Dwan bet out 5k and Hellmuth declared all-in for the rest of his stack, Dwan calling and seeing a beautiful turn card...

Hellmuth had plenty of outs to save his skin, but none of them appeared...

...and Dwan had completed a remarkable heads-up double over the Poker Brat, taking the $200k kitty and seizing the HighStakesDuel throne.

Hellmuth has the option of a rematch, this time the buy-in $200k, and despite stating: “I don't know if I'm going to rematch now,” it’s unlikely he’ll forego the chance to gain swift revenge on the player who has become his nemesis.