Alabama’s most successful poker player ever, Shannon Shorr, bagged the opening event of the 2022 US Poker Open 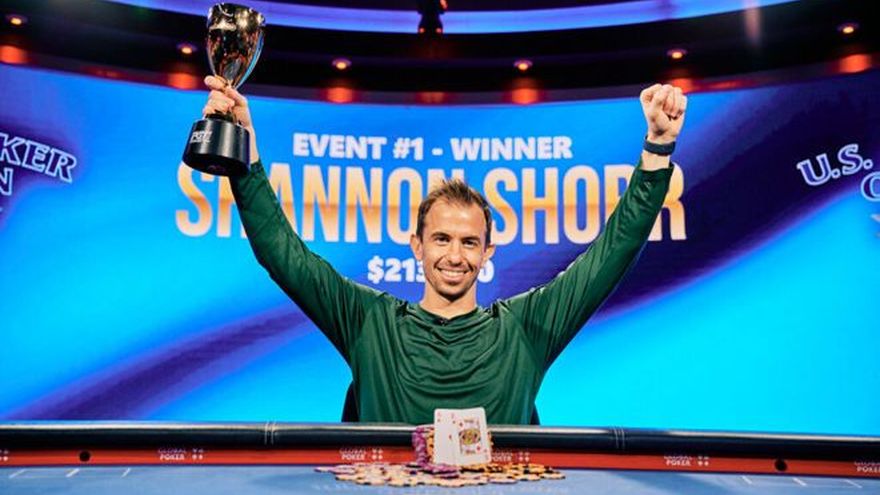 Alabama’s most successful poker player ever, Shannon Shorr, bagged the opening event of the 2022 US Poker Open, seeing off a huge field in the first of 12 highstakes events.

Join us in congratulating @ShannonShorr for winning U.S. Poker Open Event #1 for $213,900! pic.twitter.com/j4Ziz7y91h

Sixty players produced 93 entries to the $10k buy-in tournament in the Poker Studio at the Aria in Vegas, with 14 spots paid and the likes of Daniel Negreanu, Erik Seidel, Alex Foxen, Ali Imsirovic, Jonathan Little, and 2015 WSOP Main Event champ, Joe Mckeehen, among the big names.

First order of a long day 1 was to get to the money, and it would be Alex Foxen who missed out, the following hand producing a painful exit on the bubble...

A short while later the final table of six was set when Daniel Negreanu ended day 1 with the following knockout of the only woman in the field...

Joseph “subiime” Cheong was first to bust as day 2 dawned, unable to run up his short stack, and Erik Seidel would soon follow him to the rail, Masashi Oya winning a race against Seidel’s pocket 7s.

With close to $100k locked up, and leaderboard points in the bag, it was clear that Daniel Negreanu was enjoying his deep run, smiling even when it ended in 4th place at the hands of Ren Lin...

He continues to be on fire in 2022 but @realkidpoker's run in Event #1 of the U.S. Poker Open ends in fourth place!

Is Daniel Negreanu the favorite for the USPO Championship after getting off to this strong start? pic.twitter.com/LVSqK1RT0m

Japan’s Masashi Oya, a newcomer to this level of poker, had already bagged a 2nd and 3rd at the Venetian Highrollers in January, but he’s still looking for a win after Shorr tank-called to send him out in 3rd.

That left Shorr and Lin heads-up for the first title of the 2022 US Poker Open series, and it wasn’t long before we had a winner...

Event 2 of the 12-tournament series is a $10k PLO and Tommy Le holds a commanding lead as the final six, which includes Alex Foxen, get set to battle for the $200k top prize later tonight in Vegas.


We’ll be bringing you all the best of the results and action from the US Poker Open over the next 2 weeks so be sure to check in regularly!