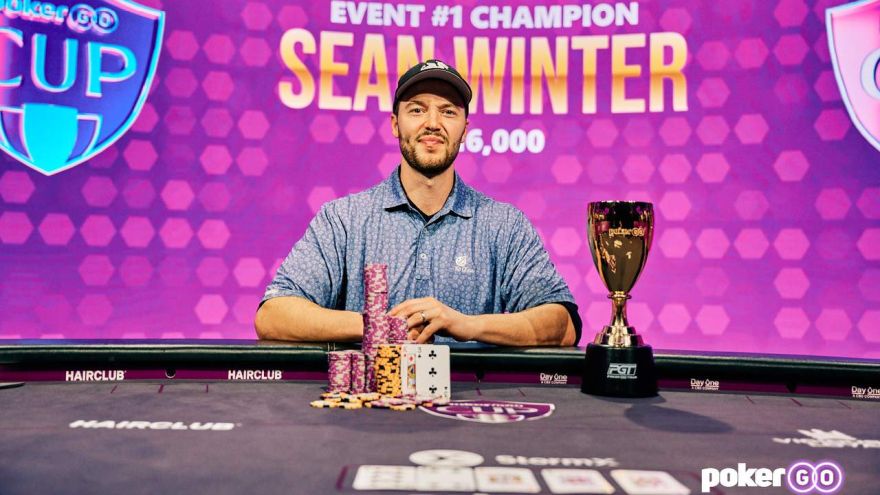 Sean Winter confirmed his position among the world’s elite highstakes players by taking down event 1 of the 2023 PokerGO Cup, picking up $216,000 after defeating Alex Foxen heads-up...

The first of eight tournaments on the schedule at the Aria was a $10k buy-in NLHE, pulling in 90 entries with 13 paid spots and the last man to miss out on the money was Nick Petrangelo, bubbling at the hands of Daniel Negreanu...

Negreanu, who picked up a title at last year’s PokerGO Cup, wouldn’t progress much further, falling in 12th spot for $18,000, but he has plans for a very busy year on the PokerGO Tour (PGT)...

By the time day 2 dawned, only seven players were in contention, and that was quickly reduced as Anthony Hu ran into Alex Foxen’s pocket kings, followed by Orpen Kisacikoglu losing out to Winter’s aces...

The top-class final table line-up was whittled down even further when Foxen made a brilliant river call of Mateos’ bluff, with the Spanish pro exiting soon afterwards in 5th spot...

...and then overnight chip leader David Peters’ fine run ended in 4th at the hands of Foxen when his pocket 10s fell to 9s when runner, runner flush appeared.

The podium spots still had to be decided, and Joseph Cheong had to settle for 3rd spot and $108,000 despite spiking top pair on the flop, with Winter turning a paired ace and Cheong missing his 13 outs on the river.

That left Winter and Foxen heads-up for the first big title of 2023, with Winter having turned his seven big blinds with seven players left into a potential tournament-winning stack.

The cards went Winter’s way and Foxen couldn’t avoid some horrible spots, the end coming when he had a dwindling chip stack, had run out of timebanks, and was facing an all-in on the river...

Foxen’s call sealed his fate, Winter adding another title to his string of successes and top spot on the PokerGO Cup leaderboard after the opening event.

The players are back in action today, Aram Zobian holding the final table chip lead in event 2, another $10k buy-in NLHE event, with Kristen Foxen looking to do what her husband narrowly failed.

We’ll be back tomorrow with all the action from that action-packed event, so be sure to check in.