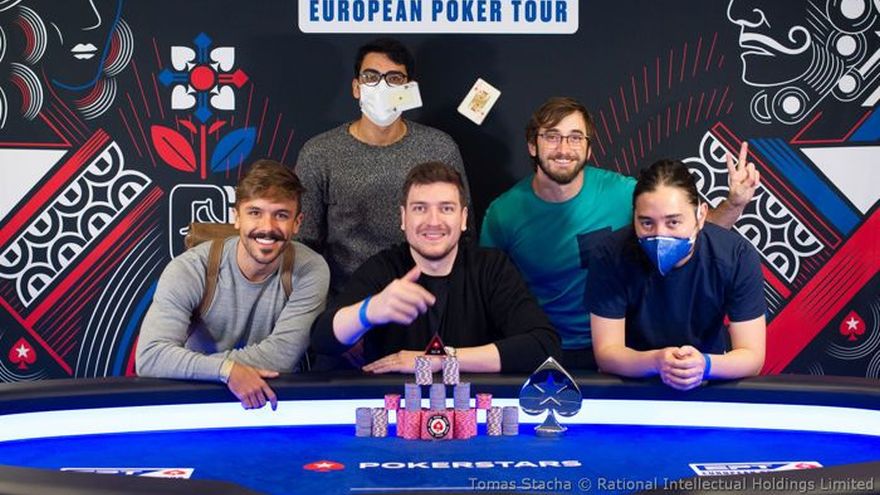 The 4th of the EPT Prague €25k buy-in Single-Day High Roller events was the biggest so far, with highstakes Brazilian online pro Rodrigo Selouan taking victory and the top prize of €318,370...

Before this week, Rodrigo “selouan1991” Selouan hadn’t cashed in the live poker sphere for more than a relatively paltry $12k, not even enough for half a buy-in at these exalted levels.

Online, however, the Curitiba-based pro has won hundreds of times that figure, though his Pocket Fives listing is empty. He hit the headlines late last year when Fedor Holz accused him and fellow Brazilian highstakes reg, Rodrigo “seiji1” Seiji, of collusion on 888Poker.

Holz’s rather ridiculous Christmas Day claims were refuted by both players and an internal 888 investigation, and a few months later Selouan proved he didn’t need to cheat to win.

With 39 entries and a prizefund of €936,390, six players would make the money, including Timothy Adams and Orpen Kisacikoglu, the men who finished 1-2 in the €50k SHR a few days previously. England’s Stephen Chidwick, meanwhile, felt the pain of being the bubble-boy two events in a row as Germany’s Sizat Hissou sent him crashing out.

Frenchman Johan Guilbert, who took down the $25k at the SHRB Europe last summer for just over $500k would depart in 6th spot here, and then Adams hopes of a big double were dashed...

Turkey’s Orpen Kisacikoglu, who is donating chunks of his winnings at EPT Prague to pro-Ukrainian charities, lost out with pocket fives against Grafton’s nines, and then Hissou was next to fall when Selouan went runner/runner flush.

Selouan and England’s Sam Grafton were left heads-up for the title and a share of more than €500k, and the Brazilian’s big chip lead was turned into victory in the final hand after jamming the small blind and getting a snap-call...