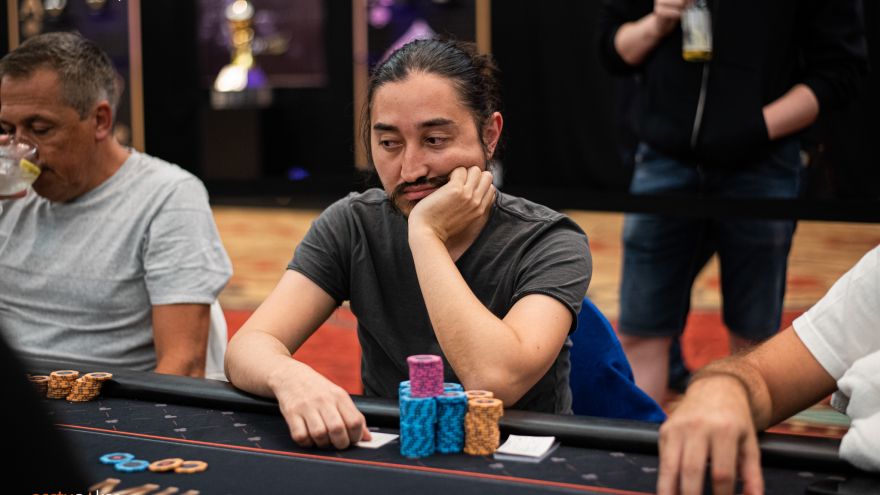 Two Brazilian high-stakes tournament stars have been cleared of any wrongdoing by 888poker after an investigation. On Christmas Day, Fedor Holz tweeted that Rodrigo “seijistar1” Seiji and Rodrigo “selouan1991” Selouan had almost certainly engaged in collusion, leading to many angry replies

The hand in question turned out to be closer than many expected but is still easily considered a call in the high-stakes community. The fact that Fedor Holz knew that both players work together in a team made it look like an obvious collusion spot.

“I think it is a very sketchy spot knowing that they share action. To me it looks like he made that fold because he has action and wouldn’t otherwise, that’s why I posted it. There is a lot of cheating.”

888poker quickly responded in the thread and said there would be a thorough investigation, one which has now absolved Seiji and Selouan of breaking any rules.

It was said that both player’s history was looked back upon to check if there were any obvious cases of soft playing in the past. Apparently there wasn’t any.

A single hand, even if the majority say it is an obvious call, can never be absolute proof of collusion. A chat message posted from the player’s 9Tales stable said the following:

“It is hard to make these decisions in game and I misjudged the situation… It is far from an “obvious call” as anyone with access to an ICM assessment program will identify.”

Following the end of the investigation, Brazilian poker site MundoPoker was quick to post a screenshot of the email from 888poker. 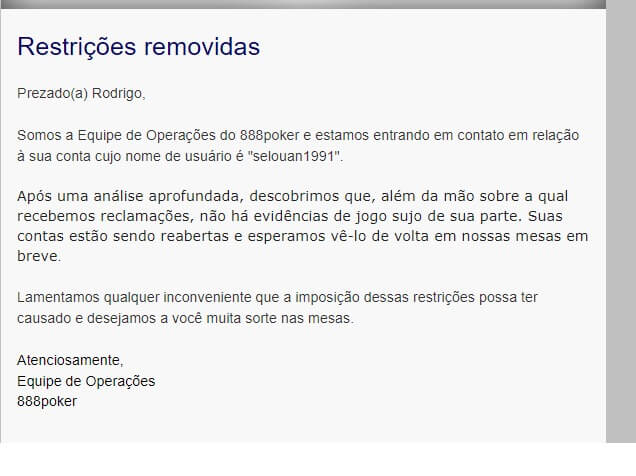 “Dear Rodrigo, We are the 888poker Operations Team and we are contacting you regarding your account, whose username is “selouan1991”. After an in-depth analysis, we found that, apart from the hand we received complaints about, there is no evidence of foul play on your part. Your accounts are being reopened and we hope to see you back at our tables soon. We regret any inconvenience that the imposition of these restrictions may have caused, and we wish you the best of luck at the tables. Sincerely, Operations Team, 888poker”.

We doubt we’ve heard the last of this. The poker community being like what it is, will have many screaming whitewash.

Fedor Holz is yet to comment, as is Justin Bonomo who agreed with the German’s assessment. Many will want to say their piece over the end result of this one.