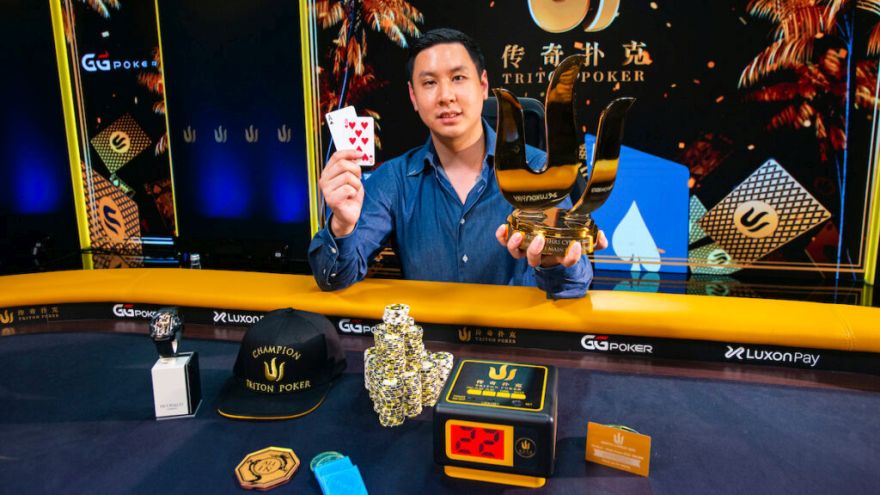 Thailand’s Punnat Punsri has taken down the Triton Poker SHR Series Main Event in northern Cyprus, securing a $2,600,000 payday and a well-earned seat among the game’s elite players....

There were 99 entries to the $100k buy-in tournament, this despite the $200k Coin Rivet Invitational also taking place, which saw England’s Sam Grafton bag the $5.5million first prize from a $23million prizepool.

The $9.9million prizefund up for grabs in the ME wasn’t quite as big, but still promised to crown three millionaires and pay out 13 spots, the first order of play of course being to survive the money cut.

That came late on day two, when England’s Stephen Chidwick – who was leading the Triton Player of the Year leaderboard – ran his last five big blinds into Artur Martirosian’s pocket jacks.

With $198k sewn up, neither Isaac Haxton nor Laszlo Bujtas could run up a stack, exiting in 13th and 12th respectively for $198k paydays. Paul Phua followed them out the door, the Triton co-founder cashing for the 25th time in his own events...

Seth Davies couldn’t make it his 4th final table of the Triton Cyprus stop, and his departure set the unofficial final table of nine, with $280k guaranteed for those still in.

Hecklen also fell to Punsri, the Triton Madrid ME winner unable to go back-to-back but taking $946,000 for an excellent attempt.

Martirosyan’s hopes of Triton glory ended after the following hand left him running on fumes...

...and when Punsri faced Heung heads-up for the win he got the little bit of luck needed to close out an historic victory...

That beautiful 8 in the window meant that Punnat Punsri was a Triton SHR Main Event champion, pocketing the $2,600,000 top prize as well as a trophy, Shamballa Jewels bracelet, and high-end Jacob & Co watch.

Meanwhile, Matthias Eibinger took down the last of the NLHE events in Cyprus, winning the $50k Turbo for a $545,000 cash ahead of 20 other players.

ACR pro Ebony Kenney, much in the news this week for her sensational pair of 5th spot finishes, including a Coin Rivet Invitational $1.7million run, fell just two shy of the money this time.

Her exit came at the hands of her ACR “boss”, Phil Nagy, who managed to cash, his 4th spot worth $185k, but the title went to Eibinger when he defeated Jonathan Jaffe heads-up.