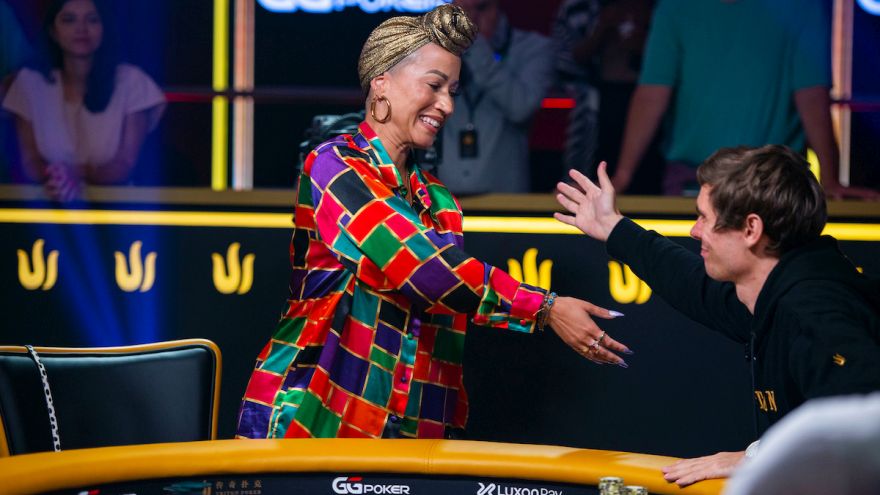 An unexpected invitation to the biggest event of the year became a life-changing experience for ACR pro Ebony Kenney as she crossed swords with the world’s best highrollers and cashed for over $2million total, almost breaking the record for biggest single cash ever by a woman in the process...

The Coin Rivet Invitational in northern Cyprus was the flagship event of the Triton SHR series, with a $200k buy-in, way outside Kenney’s usual bankroll.

An invitation from ACR head honcho Phil Nagy, however, gave her the opportunity to test her poker game against the likes of Phil Ivey, Jungleman Dan Cates, Fedor Holz and a host of other stars.

The signs were auspicious for the Florida-based pro as she bagged a 5th spot in her first warm-up event, a $25k buy-in that she ran up to a $240k cash, her lifetime best score.

Not only that, but she became the first woman to final table a Triton SHR, the highstakes MTT arena generally a male-dominated world.

Breaking the glass ceiling wasn’t something on Kenney’s mind, but it was nevertheless truly shattered when she started a deep run in the $200k buy-in invitational.

But there was much more to come from the woman who joined Americas CardRoom in late 2020, playing and streaming under her nickname “CinnamonPardy”.

Down to just a couple of big blinds at one point, Kenney showed true grit and determination to battle back, not only making the money but securing a seat at the final table with a KO of Tony G.

With a combination of excellent play, caution, and run-good, Kenney saw her net worth increase with every player who bust. With only five players left, and a seven figure cash now secured, she was within one KO of an historic result – the biggest-ever cash by a female.

That record is held by the former teen sensation, Annette “Annette_15” Obrestad, who pocketed $2,013,733 for taking down the WSOP Europe Main Event back in 2007.

With 4th place worth $2.1million, Kenney came within a whisker of taking that title and having a chance of winning the Coin Rivet Invitational outright...

The incredible journey was at an end, but the $1.7million cash and experience gained means that many new paths have just opened up for Ebony Kenney.

In the meantime, she vaults into 5th place in the all-time biggest cash by a woman list, finding herself in legendary company.

What next for the ACR pro who has just proved herself at the highest level? Time will tell, but we’ll definitely be keeping tabs on Ebony Kenney and her upcoming poker exploits right here, so be sure to stay tuned!