US pro Nick Howard has shared a hand from the recent WSOP, which takes a mighty swipe at the thought process of an unnamed “Euro reg” 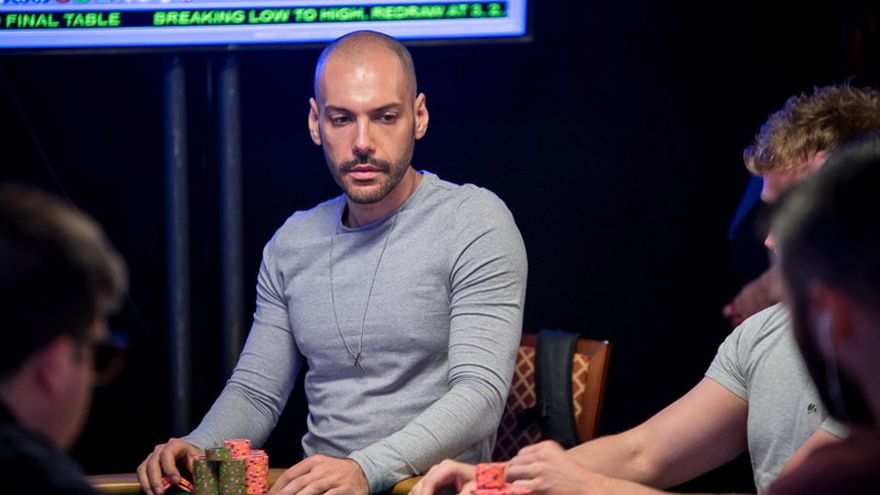 US pro Nick Howard has shared a hand from the recent WSOP, which takes a mighty swipe at the thought process of an unnamed “Euro reg”...

Howard, the CEO of Poker Detox Coaching and Training, was less than impressed by the anonymous reg’s play, using it as a “what not to do” warning:

“Late day 1 - I get moved to a new table with @tsarrast , a rec and a few young Euro regs. Fish opens and one of the euro regs flats the btn, @tsarrast calls from SB and I complete the BB. Flop AQ8 with a flush draw. Checks around to BTN who bets, @tsarrast calls, f, f.”

“Turn is an offsuit Ace. Rast leads small and the euro reg ~min raises. Rast shoves laying euro reg over 3:1. Euro Reg tanks for 5 minutes before asking the REC for a count. Quick reminder: the rec folded behind me on the flop.
At this point Howard had had enough of the reg’s antics, explaining simply: “I call clock because fuck this shit.”

At this point it should be declared that the behaviour of “European players” have become something of a thorn in the side of US players recently, with Allen Kessler, Bart Hanson and Adam Hendrix all making unsavoury comments about “them” at last year’s WSOP.

Hanson called for casinos to implement a “US passport” check to keep them out of games, Hendrix threatened to punch “any Euro caught angling”, while Kessler ran a poll that had “xenophobia” written all over it...

With that history and language in mind, back to Nick Howard and his nightmare hand....

“Euro-reg uses full clock before folding, seemingly oblivious that his behavior during the hand was absurd. To be frank he looked like someone who was really proud that he solved a hard puzzle."

Howard continues: “Rast proceeds to ask Euro-reg how he could raise that spot without knowing what he was going to do vs a RR. At this point the Euro-reg says he folded an Ace and Rast and I start trolling him. Euro-reg walks to his friends on the rail seeking consult."

“As fate would have it, his friends had seen Rast's cards from behind during the hand, and let Euro-reg know he just got bluffed. Euro-reg sits back down and is deeply ashamed.”

Howard closes his hand history with the following: “I talk a lot about why pros should care how they're perceived at the table. This is one of the best technical examples of this that I've seen, because of how it disrupted the game. Just a totally deluded tank that ultimately resulted in a huge mistake. To be fair, we're all deluded thinkers. But if you're asking for chip counts from players who aren't even in the hand, in spots where that info has literally zero objective impact on the other player’s range, you're ridiculous. There's nothing advanced about you."

What do you think of Howard’s breakdown? How about the “euro reg” stereotype he uses to make his point? Let us know your thoughts on our social media channels!