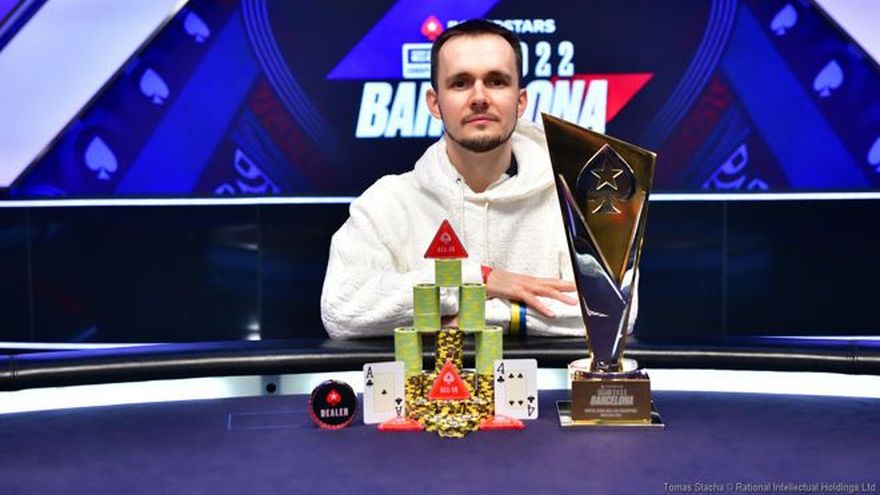 The biggest buy-in of all the events at the EPT stop in Barcelona saw a veritable who’s who of highstakes poker take their seats (with the notable exception of Ali Imsirovic and Jake Schindler, both seemingly persona non grata at the EPT for cheating.)

The three-day event had a prizepool of €6,597,360 and only the top 9 would partake of that, with Pedro Garagnani missing out on the bubble when his pocket 5s were trumped by Kevin Paque’s jacks.

That meant those remaining were guaranteed €247,400 and the second day of play ended when David Peters hit the rail in 9th spot...

The final table on day 3 took literally no time to explode into action, the first hand of the day seeing a three-way all-in and an early bath for one of the players...

Mike “Sir Watts” Watson was next to depart, a brutal river when in line for a triple-up meaning there would be no double for the Canadian who took down the €50k SHR the previous day.

Meulder, Adams and Heath all fell in turn, leaving Paque, Seidel and Badziakouski to battle for more than €4million. When Paque and Badziakouski both flopped two pair, it was the Netherlands pro who fell in 3rd spot...

Badziakouski called Paque’s check-raise and they went to the turn...

And this time it was Badziakouski who took the betting lead, meeting Paque’s all-in shove with an instacall. The river bricked for Paque...

Heads-up between Seidel and Badziakouski would last for more than three hours, the lead changing hand several times before the inevitable showdown arrived on their 123rd hand of heads-up play.

That gave Badziakouski his second €100k SHR win in Barcelona, having taken down the same event in 2018, and moved him to within just $25k of Phil Ivey’s 9th spot in the all-time live tournament moneywinner’s list.

Seidel’s runner-up cash of €1,286,490 leaves him just a measly $2k shy of David Peters’ 5th spot in the same list, and with some big tournaments still to come at EPT Barcelona there could be more movement before the week is out!