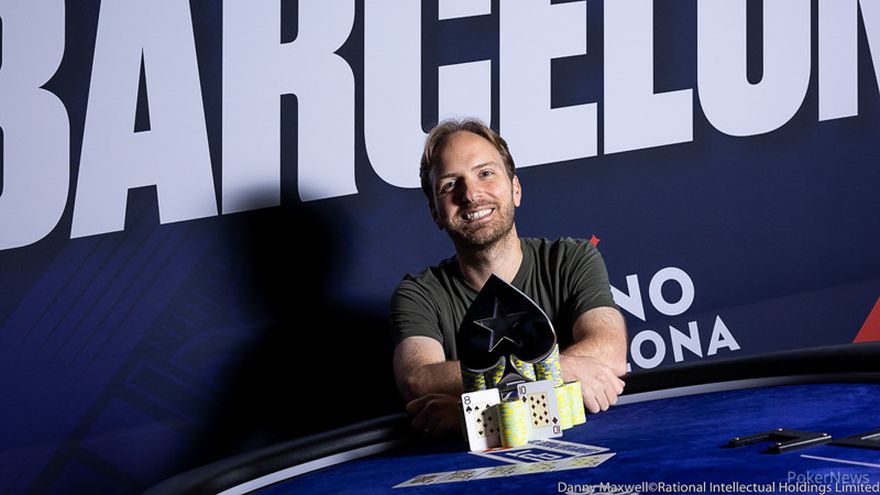 Mike Watson fired off 4 bullets in the EPT Barcelona €50,000 Single-Day High Roller, the Canadian’s deep pockets and stubbornness finally paying off with a €872,940 payday ahead of an elite field...

The 59 entries to the second-biggest one-day event of the series at the PokerStars and Barcelona©Casino EPT stop saw a prizepool of close to €3million.

Missing from the line-up were unwelcome cheats Ali Imsirovic and Jake Schindler, but Watson was joined by the likes of Stephen Chidwick, Steve O’Dwyer, Kahle Burns, Paul Phua, Patrik Antonius, David Peters, Michael Addamo and Dan Smith in what was a stacked field.

Only eight players would make the paid spots, and the notorious and painful bubble-boy was Stephen Chidwick, the Englishman losing most of his chips in the following hand...

Pascal Lefrancois: A♠ A♦
Stephen Chidwick: A♣ Q♥

That meant €114,480 sewn up for the remaining octet, but for Mike “Sir Watts” Watson that would only pay half of his buy-in, havoonig fired four bullets before finally building a stack and making a run to the final table.

David Yan did most of the early running, disposing of Addamo and Soyza, before Kahle Burns took over, KOing Poknakovs, Lefrancois, Yan, and Arthur Conan – the latter a young French star who pocketed €415,000 for his 3rd place finish.

Heads-up saw Watson take the lead from Burns and he closed out the win shortly afterwards with a straight flush!

Watson explained his 4-bullet approach afterwards: “Just pure stubbornness, I guess, more than anything else!”

He added: “It was a good tournament. I took a little break after the third one. I ran a nice run over the dinner break. Got myself ready to go, in a good headspace. Obviously, it paid off in the end. Ran a lot better on the fourth one than the first three.”

In the meantime, the biggest buy-in of the festival – the €100k EPT Super High Roller – is underway, with Brazilian footballing legend Neymar, a former Barcelona player, taking his seat among the poker superstars.