Burns has taken down event 5 of the Triton Poker SHR series, scooping the $1,730,000 top prize after a late-night heads-up win over Sam Greenwood 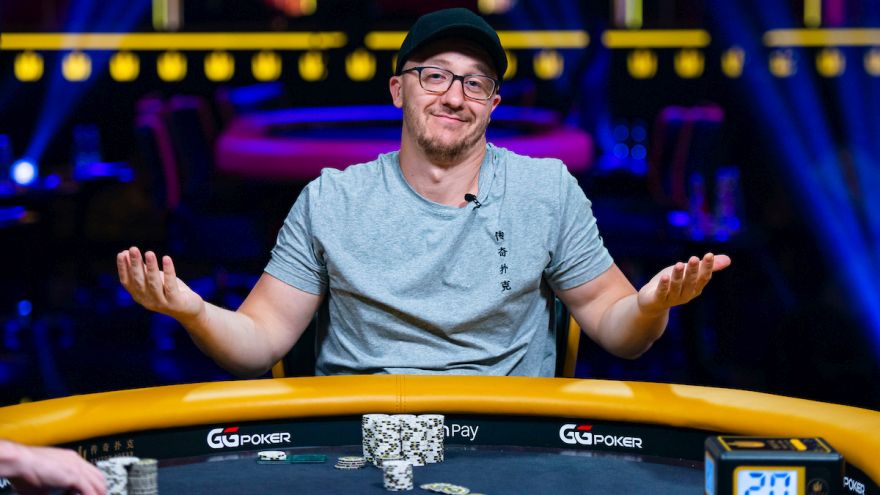 Kahle Burns has taken down event 5 of the Triton Poker SHR series in northern Cyprus, scooping the $1,730,000 top prize after a late-night heads-up win over Sam Greenwood...

Fifty-four players accounted for 88 entries to the $75k buy-in, 8-handed tournament, number 5 on the schedule as the number 4 is an unlucky number in Chinese culture, the Triton series starting out in the far east and therefore skipping fours (event 4, seat 4 etc) whenever possible.

There was $6.6million in the prizefund and 13 players would partake of the cash feast, the last player to miss out being Sean Perry who ran into Burns’ aces...

That meant the remaining 13 players had $135k sewn up, and that had increased to $245k by the time the official final table was set. With the $200k Coin Rivet Invitational draw being made, it meant those left had their buy-in secured, that is if their businessmen inviters weren’t stumping up the readies for a share of the $18million prizepool!

One of those businessmen, Santhost Suvarna, was thrilled to make a final table on his first Triton visit, falling in 8th spot but looking forward to the Coin Rivet biggie over the weekend.

Linus “LlinusLlove” Loeliger fell in 6th after his stack was decimated by Seth Davies’ pocket kings, and Talal “Raidalot” Shakerchi bust in 5th for a $510k cash.

Dzivielevski added a 4th spot to his event 2 runner-up finish, and when Seth Davies ran his dwindling stack into aces Burns’ aces, it was heads-up for the title between Canada’s Greenwood and the loud-mouthed Aussie...

It was already after 2am and thankfully it only lasted until the first all-in, Burns A♦ 7♦ outgunning Greenwood’s pocket fours to bag the victory.

“I guess I’m just lucky,” Burns said in the post-victory interview, explaining his recent absence from the SHR scene: “I took some time off, spent some time with my girlfriend, my family. When you travel a lot, you start to miss some things. I was missing my friends, missing my family. But then I started to miss the poker, so I came back. If you enter a tournament, you know you’re not really supposed to win it,” Burns said. “So you always have to get lucky…I do what I think is good. Sometimes it works, sometimes it doesn’t.”