The North Carolina-born pro was among 48 players who produced 77 entries and a $770,000 prizepool 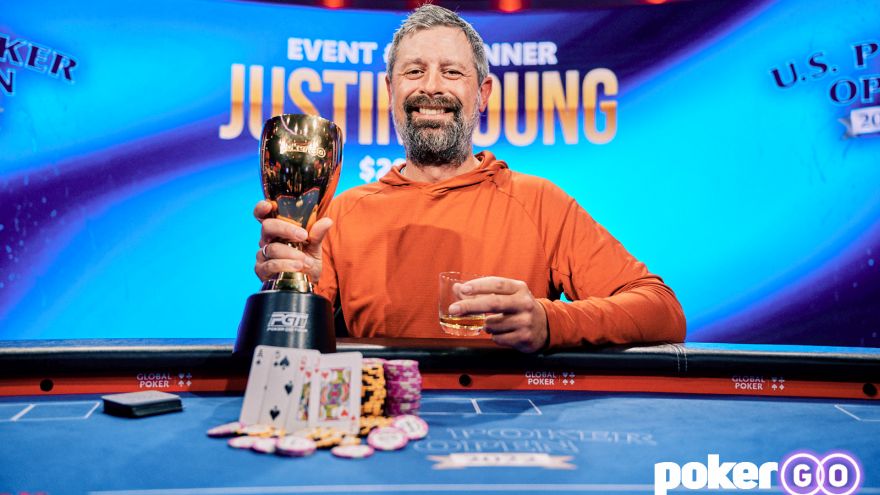 The North Carolina-born pro was among 48 players who produced 77 entries and a $770,000 prizepool, with 11 players set to make the money.

Daniel Negreanu couldn’t replicate his event 1 final table, 4th spot finish, and Ali Imsirovic also fell by the wayside on day one, and they were in good company.

Phil Hellmuth fell short of the paid spots, as did illustrious highstakes players Erik Seidel and Brian Rast. The bubble burst with the following hand...

...Livingston called off his remaining chips on the river only to receive the bad news...

Zaikin himself would bubble the final table, day one ending with Tommy Le in a commanding position as chip leader, with Young his nearest rival. Young, who has $5.6million in recorded cashes going back to the early days of the noughties poker boom, continued to impress.

He saw off Alex Foxen in 6th spot and Dylan Weisman in 5th and then Le did his bit by disposing of Damjan Radanov and Dan Shak, the latter seen below...

Jinxed by standing up? A painful river card ends @daniel_shak's tournament as Tommy Le and @Justinyoung07 are left to battle heads-up in the $10k PLO at the U.S. Poker Open. pic.twitter.com/1vM3jjDRyI

Now heads-up, Le was held a 3:1 chip lead, but Young battled back and the pair traded blows before the final hand settled the destination of the US Poker Open trophy...

Le’s river shove was an ill-timed bluff attempt, and Young called off with the nut straight to give him the title and $200,200 payday.

“This means a million times more than anything I’ve ever done in this room, cash games or otherwise,” Young told PokeerGO reporters immediately after his win, adding: “Just to play with the best of the best in this room just means the world to me.”

Although only two events into the 12-tournament series, the leaderboard is taking shape, with Dan Shak the only player to have cashed in both events.