A record-breaking field of 688 entries had rocked up for the €10,350 WSOPE Main Event at Leon Tsoukernik’s King’s Casino 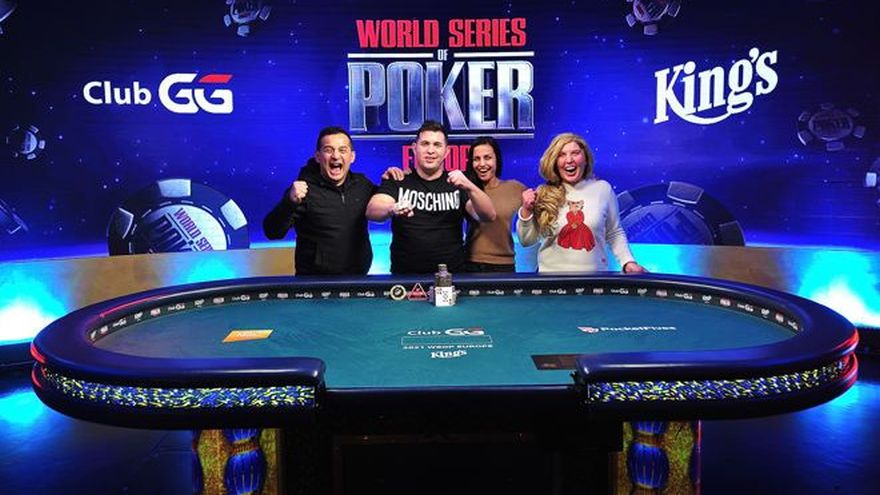 The home crowd at the World Series of Poker Europe in Rozvadov were celebrating as Josef Gulas Jr scooped the Main Event title and a whopping career-best €1,276,712 payday.

A record-breaking field of 688 entries had rocked up for the €10,350 WSOPE Main Event at Leon Tsoukernik’s King’s Casino, this despite the tightened regulations in the Czech Republic and neighbouring countries due to a recent surge in coronavirus cases.

With 104 players making the paid spots, the money bubble burst on day 3 but it would be another tough two days of play before a winner could be crowned.

One man who just missed out on the money was Josef Gulas Sr, though as the father of the eventual winner he would have plenty of reason to celebrate later.

Day 5 dawned with seven players still in contention, Gulas Jr. leading the way, having qualified from a €250 buy-in event at King's Resort and now with €163,434 locked up.

The action kicked in quickly as Dutchman Thomas Denie looked set to make a move up the standings. However, a big blind squeeze eventually saw him call the all-in and at risk...

North Macedonia’s Aleksandar Trajkowski was next to fall, flushed out on the river, and then it was Gulas’ turn to use pocket kings to bust Slovakia’s Stanislav Koleno in 5th.

That meant an excellent 4th place and €401,344 for Kidas, and just three left in the chase for the coveted WSOPE gold bracelet.

It wouldn’t be going to Alexander Tkatschew, however, as his top pair, king-kicker shove on the river ran into a snap-call with the turned nut flush from Frenchman Johan Guilbert, and we were heads up for the trophy.

Guilbert and Gulas traded blows and position, but with the blinds rising it wasn’t long before the dramatic finale appeared, Guilbert at risk as he pinned his revival hopes on a call with pocket deuces....

...and the turn left him staring at a sweet double-up...

That gave Josef Gulas Jr his biggest-ever win, the WSOP Europe Main Event crown and €1,276,712, all in the cardroom he calls home.

Gulas told reporters afterwards: "It's an incredible feeling. I am truly thankful and happy. It was a perfect tournament with a very nice structure in the best casino in Europe. Just incredible!"

The 24-year-old, who plans to use some of his winnings to build a house and is also contemplating a career change from his day job as a car salesman, added: "It is something incredible, I would wish it to everyone.

“Everyone should participate and play in such circumstances, to feel the atmosphere and the feel of the final table."