Joe McKeehen, the 2015 WSOP Main Event champion, proved yet again he has the game to mix it with the best in the world 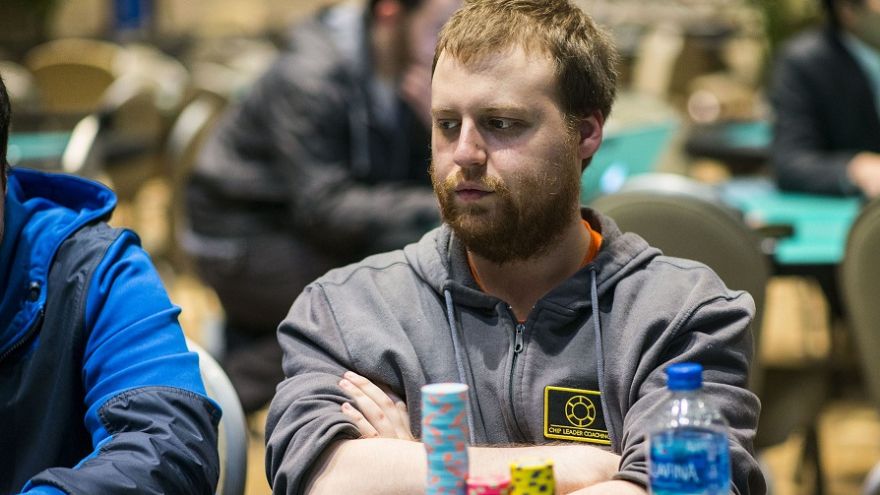 Joe McKeehen, the 2015 WSOP Main Event champion, proved yet again he has the game to mix it with the best in the world as he took down event 3 in the US Poker Open series...

The Pennsylvania pro, who has more than $17million in tournament earnings including his $7,683,346 WSOP payday, was among 77 entries to the $10k NLHE tournament, and took the chip lead into the final table of seven at the Aria in Vegas yesterday.

They were already deep into the paid spots, 11 players having cashed, although it took over an hour of hand-for-hand play before Ali Imsirovic’s aces took out Johan Guilbert, holding kings, on the money bubble.

At the final table Barry Hutter was first to depart as he ran his shortstack and a pleasant looking flop into McKeehen’s pocket kings, and McKeehen also KO’d Justin Saliba and Steve Zolotow, with Ali Imsirovic accounting for Jake Schindler inbetween times, leaving the podium spots to be fought over.

The finale was as brutal as it was exciting, with Imsirovic having only 1 big blind left after losing a race with Ray Qartomy. The very next hand saw him all-in after Qartomy shoved with pocket fives, however McKeehen had them both facing the exit with his pocket jacks.

The runout was a sight to behold, with McKeehen’s J♦ J♥ adding another pair of fishhooks to take the tournament down in quad style!

Event #4, the $10k Big Bet Mix has reached a final table to be played out today, recently-accused scammer Sean Perry with the chip lead, and we’ll have the best of the action and results for you here tomorrow.