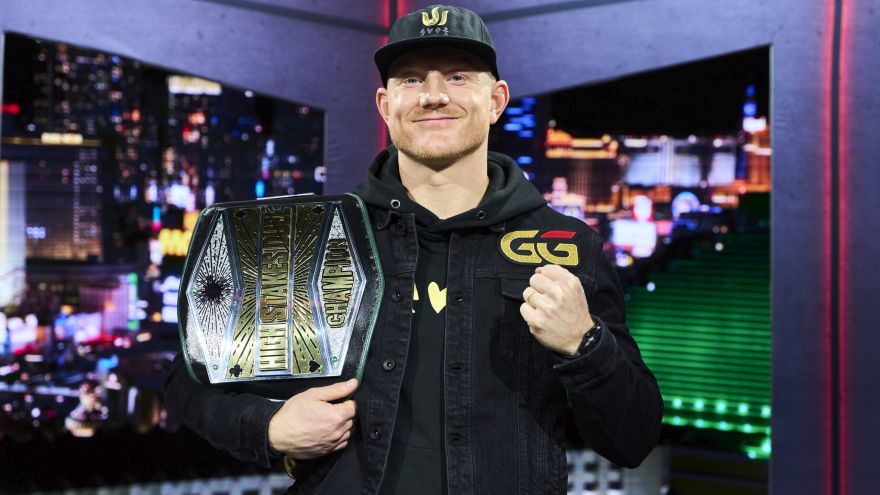 Koon, one of the greatest highstakes players of the modern era, ponied up his $800k after Scott Seiver turned down a rematch after losing to Hellmuth in round 4 of HSD III.

Hellmuth had already proven his skill at the format, whitewashing Antonio Esfandiari and Daniel Negreanu, then defeating Nick Wright and Tom Dwan, as well as Seiver, to sit on an impressive 9-1 score.

Koon knew he’d be in for a tough battle, but the deck ran hot for him all night at the PokerGO studios in Vegas, an early lead coming courtesy of pocket aces and a frisky Phil...

Hellmuth is notorious for losing the plot when things go against him and we saw evidence of the Poker Brat a few times during the match, the mutterings and walking around the table increasing along with Koon’s chip lead...


That meant Koon had toppled the High Stakes Duel champ, the Triton and GGPoker ambassador telling PokerGO afterwards: “I had great hands. Even the hands that I bluffed, almost all of them kind of presented themselves in a natural way, so it was just one of those days where almost anybody in my seat is going to win.”

With Koon taking the $1.6million pot, he must now wait to see if anyone will pony up the matching amount to challenge him. Hellmuth has first dibs on a rematch, but his tweet in our intro above suggests he may have had enough.

Koon isn’t quite the champion just yet, however, as he must win his next match before being crowned. He was already pondering who might be next and how well prepared he is for whoever has the money and game to challenge him.

Koon elucidated: I’m not trying to be arrogant, it’s just that it’s a lot of money to move for a one-percent or two-percent edge that you’re going to have at most against me, but my preparation was to be ready to play an optimal player.

He confessed: “I did not play an optimal strategy today. I played a very Phil-specific strategy. But if I play another player, I will be ready to play them if they play the way that a solver would play.”

Who would you like to see Koon play? A rematch against Hellmuth? A newbie to HSD such as Phil Ivey? A famous celebrity poker player with deep pockets? Let us know on our social media channels!