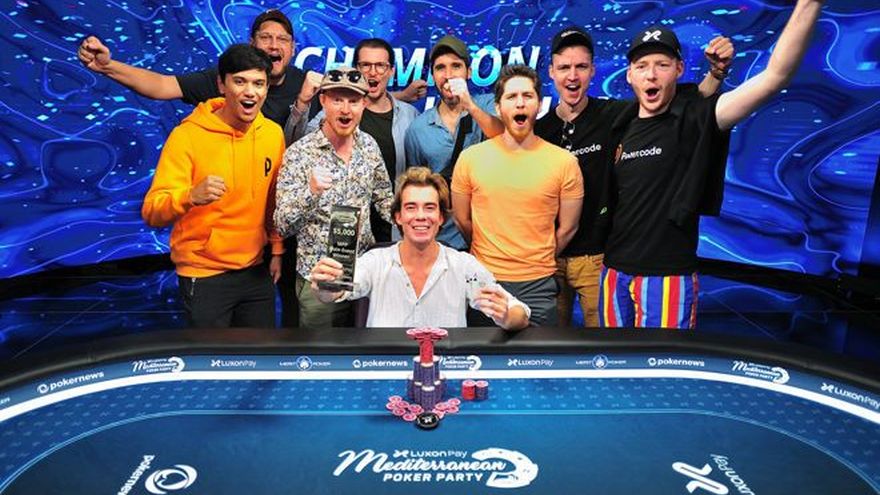 There were 1032 entries to the $5300 buy-in Main Event at the Merit Royal Diamond Hotel, producing a total prizepool of $4,747,200 and requiring three starting flights and three further days of battle to separate the winners from the losers.

The last of the latter was none other than Antanas “Tony G” Guoga, the loveable Lithuanian loudmouth tweeting out his bubble boy status...

...though he would bounce back immediately to bag the $10k title just a couple of days later.

By the time the 4th day of play and the final table came around, Jeschka had a middling stack, while Russia’s Arsenii Karmatckii and England’s Steven Warburton were among the most experienced at such a high level.

Manuel Fritz fell in 7th spot to queens after which the Turkish duo of Korkmaz and Hadioglu hit the rail, followed by Birmingham-based Cypriot, Yiannis Liperis, in 4th spot.

It was the Englishman who would bust in 3rd, however, Jeschka cracking his aces with a runner-runner two pair and Karmatckii finishing him off with a bigger kicker.

“It’s really hard to put into words. It’s a lot of emotions. It’s been really tough for me the past eight months or so poker-wise,” said an excited and emotional Jeschka after his victory.

“This is just amazing. This is my biggest final table,” he added. “It’s my biggest win ever. And it’s a prestigious tournament. Just amazing. It’s just incredible. I don’t really know how to feel. I’m really looking forward to taking the winner’s picture with my friends.”